For the last few weeks, I’ve been describing a technique that I call “digging deep.” Inspired by the wonderful essays my colleagues have been sharing on Mondays throughout this school year, I’ve been discussing ways to make nonfiction writing unique and interesting.


I began with this bit of information from the research file for a work-in-progress:


“Female flesh fly lays about twelve eggs at a time
When they hatch, female places maggots on a harlequin toad’s skin


The larvae burrow into the toad and feed on its body. They kill the toad in just a few days."


If you scroll down to previous posts, you’ll see that as part of my pre-writing process, I used a writing prompt to identify what I thought was most interesting about these notes. Then I brainstormed to find personal connections to the information, so that I could add a little bit of myself to the writing to make it unique. 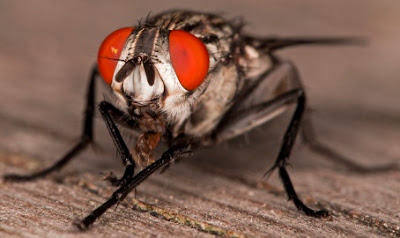 Version 1: A Toad-al Surprise
Think you know what happens when a fly and a toad cross paths? Then get ready for a BIG surprise!


When a female flesh fly encounters a harlequin toad, she doesn’t become lunch. Instead, she darts down and deposits her newly-hatched maggots on the toad’s skin.


What happens next? The white, wormy youngsters get to work, burrowing into the toad’s body. Then the maggots devour the toad from the inside out.
That’s right. In this scenario, it’s the toad that croaks. 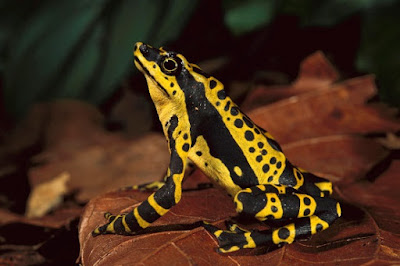 Version 2: The Fly and the Toad
Once upon a time, there was a fly and a toad. Think you know how this story ends? Think again.


In this twisted tale, a female flesh fly deposits her newly-hatched maggots on a harlequin toad’s skin. The white, wormy youngsters wriggle and squirm as they burrow beneath the toad’s skin. Then the maggots devour their victim from the inside out.
The end.


Actually, it’s the end for the toad, but not for the flesh flies. With their bellies full, the maggots turn into pupae. And  few weeks later, they emerge as adults.


If you look at my previous posts, you’ll be able to see how each writing sample connects to the ideas I explored in my writer’s notebook. You’ll also notice that some phrases appear in both pieces. This is the critical information.


Because I took the time to dig deep—to think creatively about my research and add a little bit of myself—I was able to write two pieces that are different from each other and different from anything another writer might craft to describe the relationship between flesh flies and harlequin toads. In other words, this method helps students overcome a major nonfiction writing roadblock—plagiarism.
Posted by Melissa Stewart at 12:30 AM