Today we continue the Nonfiction Authors Dig Deep series with an essay by author Lita Judge. Thank you, Lita.

As an author and illustrator of both fiction and nonfiction picture books, I’m often startled when someone asks if my fictional books are harder to create and if I turn to nonfiction projects, in between, as a form of rest. I think this misconception comes from the notion that writing nonfiction picture books entails lightly researching a topic in the library until one can come up with a list of facts that make their way into a book.


Many of us were taught to write nonfiction that way in middle school, but that’s not at all how nonfiction writers actually tackle their work. The truth is that my fiction books are often flights of my imagination, but all of my nonfiction books grow from an exploration of deep and lifelong passions. 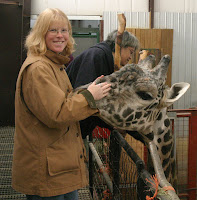 These books are a reflection of who I am. And the research I do to write them goes far beyond the boundaries of a library. It involves time spent in the field, hours of observation, exchanges with scientists, and drawing from nature. 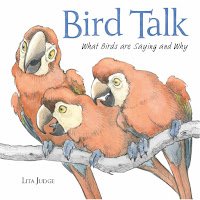 For example, my book, Bird Talk, explores the ways birds communicate and why. This book was inspired by my grandmother, an ornithologist who worked for fifteen years to successfully breed a golden eagle in captivity.

In the predawn hours of a wintery spring, I listened to the piercing call of a golden eagle beckoning my grandmother to her pen. My grandmother would grab sticks to bring as an offering for the bird to begin building a nest. Later, when eggs were laid, my grandmother and the eagle shared the work of incubating. 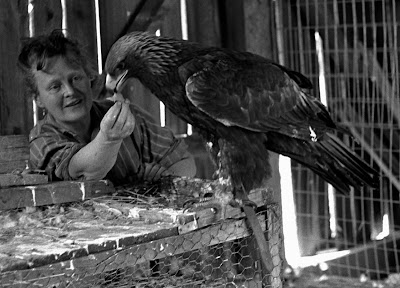 I also worked with my grandparents on the marsh, banding owls and hawks, learning to differentiate the calls between mates locating one another from those that warned of danger or responses to hungry chicks. 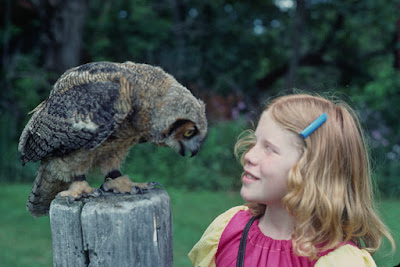 Bird Talk grew from many experiences gained by research in the field.


I’ve also written about dinosaurs. Like so many others kids, I had a love for dinosaurs. When I was fourteen, I was convinced I wanted to be a paleontologist. In hopes of pursuing this goal, I wrote dozens of letters to museums begging to volunteer on a dinosaur dig. After many rejections, at last, Phil Currie from the Tyrrell Museum of Paleontology in Alberta, Canada, agreed to let me work on a dig. 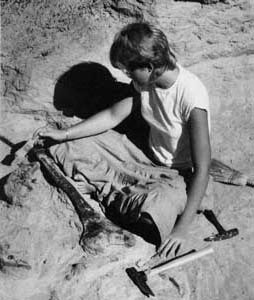 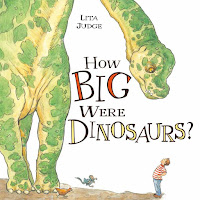 I ended up working there for several summers and got a degree in geology, but eventually found that I really wanted to write and illustrate books about dinosaurs, more than work as a paleontologist. So I turned to writing books, such as How Big Were Dinosaurs?, which answers many of the childhood questions I had about dinosaurs. 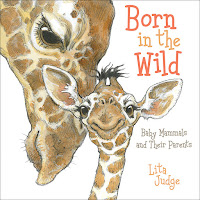 Sometimes, I feel people assume writing nonfiction picture books like Born in the Wild is simple because of its short text. But it takes a breadth of knowledge to take complex ideas like animal behavior and shape them into understandable concepts for young readers.


I create picture books because so much of the knowledge I acquire working in the field is visual. Watching animals gives me an awareness of intimate gestures and body language. I could never do these topics justice if my knowledge of them stemmed only from sampling books on the topic. And the time I spend observing animals results in a desire to draw and record my knowledge as illustrations rather than solely writing about them. That’s why I love the genre of picture books. 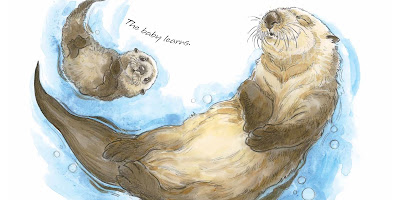 Occasionally my nonfiction work involves writing a biography. My book, Mary’s Monster, is a YA illustrated novel in verse about Mary Shelley. But the experience of writing it was not that dissimilar to my other work.


I didn’t set out to write a book about Mary Shelley because she was a remarkable teenager who created the most iconic monster of all time. I wrote about her because I had been going through some really tough experiences. To find a way out of my darkness, I needed to immerse myself in examples of strength and courage.


After reading Frankenstein, I knew Mary Shelley must have survived some pretty intense and painful experiences. I kept asking myself, how did she do it?


I sought out her journals and in them, found the strength I needed. Living within the darkness of her writing became a way through my own. My choice to write about her was no report. It was a rhapsody resulting from the passionate journey of finding my own way back to creating through exploring hers. It could only have been written after deeply inhabiting her life and emotions. That, in essence, is what nonfiction writing is for me. Inhabiting a topic until it becomes a part of me. 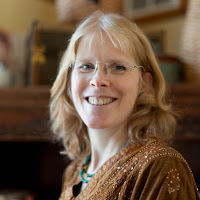 Lita Judge is the author/illustrator of twenty-five fiction and nonfiction books, including Mary’s Monster, a YA novel about Mary Shelley and the creation of Frankenstein. Her picture books include Flight School, Born in the Wild, Red Sled, Hoot and Peep, and One Thousand Tracings. Lita worked as a geologist and paleontologist before turning to a life of creating art. A childhood spent with eagles, owls, and other animals also inspires her work. When not painting or writing, Lita loves riding her electric bike to far off places, or backpacking through Europe with sketchbook in hand. She lives in Peterborough, NH.
Posted by Melissa Stewart at 12:30 AM