Today we continue the Nonfiction Authors Dig Deep series with an essay by one of my favorite children's book authors--Jess Keating. Thank you, Jess, for your heartfelt essay.

I’m one of the lucky ones.

I know exactly why I’m here on this earth. That doesn’t mean I’ve always known what I wanted to do as a career, mind you. But I knew what I loved. And to me, that’s half the battle to finding your way.

I’ve always been a writer, but the decision to be an author—in particular, an author for children— happened in a flash.
Trust a poet to provide the words I need here. Mary Oliver once said:
“Pay attention. Be astonished. Tell about it.”
I didn’t realize it when I was younger, but those three steps form the key to why I’m here. I don’t try to do these things, I need to. Paying attention, being astonished, and telling about it is my natural state.
Being a zoologist gave me the ability to pay attention and be astonished professionally. I was in grad school when I realized the “tell about it” was missing.
It was doing me no good to tell other scientists about what I was learning. I wanted to tell the world. I had things to say and needed to reach people who would get it. By it, I don’t mean the facts.
I needed them to get the magic.
I woke up one day and said, “I’m going to write children’s books”.
Knowledge and wisdom are double-edged swords. The more you learn, the more you fall in love with the world, but the greater you feel the threat behind precious things.
We learn about fictional villains through books, but there are villains in real-life, too.
Do you want to know which villain scares me the most?
This kid. 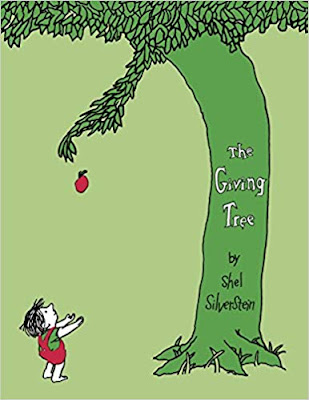 This kid terrifies me, because he exists in all of us if we let him. He’s a taker. And he misses the point of everything.

Before I became an author, one of my jobs was at a wildlife rehabilitation center. We often received calls of wildlife in urban spaces, and one day, I got a call from a McDonald’s, where they told me a dead bird was “messing up their drive-thru” line. I prepared my things and made the short drive there.


It was a ring-necked gull. People often call them seagulls, but that’s not really true. This bird was splayed by the drive-thru lane, its legs and wings at impossible angles. Hit by a car.

I steeled myself to clean him up. But as I knelt down to tuck his wing against his body, his eyes flashed open. Beautiful, bright-as-a-lemon eyes that cut right through me. Terrified. Hopeful.


He was alive. People were ordering their Big Macs a few feet away, and this creature was still alive, twisted and broken in terrible pain. He was surrounded but unseen. This moment has never left me.
I gave him medication for pain and moved him over to the side of the parking lot, where a cluster of trees were rustling above us in that early autumn way. I wanted him to see those leaves. When you work with animals enough, you get a sense when there’s nothing more you can do.
But, I realized, there was one thing I could do. I didn’t want him to die alone, in a greasy, littered fast food drive-thru.
I couldn’t save him, but I could witness him.
Maybe it sounds silly. I’m sure the people picking up their orders thought I was odd. But it didn’t matter.
I don’t know what kind of life he’d had, but I could make sure that one person on the planet was there to truly see him. I refused to let him remain unseen a moment longer. I stayed beside him until he was gone. I still hope that somewhere in there, he knew he mattered.
Every animal I’ve met has left an impact on me. To me, they’ve never been “animals.” They feel like family. Some are what you might call “majestic” creatures. The wild wolf that stared me down on a hike in the woods. The pod of orcas that jumped joyously in the Arctic Ocean. Bears and sharks and eagles.
But some are like the ring-necked gull. Small. Unassuming. With a secret soul and message if you’re just willing to witness it.
They all matter.
The truth is, I don’t consider myself a nonfiction author at all. I’m not a writer. I’m a recruiter. My goal is to recruit readers, kids to the side of caring. Of empathy for those who aren’t like themselves. Because that’s the only way to ensure this world is protected from the real villains.
I write to pay attention, and astonish them. And maybe one day, they’ll tell about it, too. 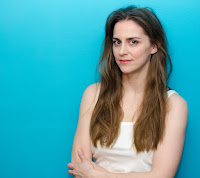 Jess Keating is the author of the award-winning nonfiction picture book, Shark Lady, the hilarious and informative World of Weird Animals nonfiction series, as well as the upcoming Elements of Genius middle grade series and Ocean Speaks about oceanographic cartographer, Marie Tharp. Her newest picture book series, Ask Me Anything with Dr. Sugarpaws hits bookshelves in 2020. You can find more about Jess on Twitter at @Jess_Keating, or her website www.jesskeating.com
Posted by Melissa Stewart at 12:30 AM