Today we continue the Nonfiction Authors Dig Deep series with an essay by author Gail Jarrow. Thank you, Gail.

I’m a writer because I can’t help it. I choose to write nonfiction because I’m inquisitive and (politely) nosy. I didn’t recognize curiosity in myself until I saw the giant yellow chalk circle.

When I was in fourth grade, the school band director visited our class every week to give us recorder lessons. Most of us, including me, had never played a musical instrument before.


A few weeks into our lessons, he drew a huge circle on the chalkboard in yellow chalk. “This,” he said, “represents all there is to know about music.”


Then he put a tiny yellow dot in the center of the circle. I could barely see it from my seat in the back row. “This,” he said, pointing to the dot, “is how much you know about music right now.”


My initial reaction was discouragement. “Oh,” I thought, “there’s SO much to learn.” But my next thought was, “I can’t wait.” For the first time, I had a sense of the vastness of human knowledge. I realized how many different big chalk circles there were for me to fill in. Music, science, math, history...everything!


Soon after, my mother bought me a set of the World Book. Whenever I asked a question, she’d send me to the encyclopedia to look up the answer. And I found it...without an adult’s help. Through reading, I had the power to learn on my own. I have never given away the old encyclopedia set. 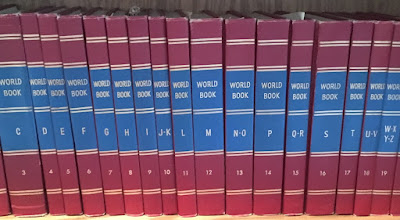 Even as a nine-year-old, I knew there was more to the bare facts in encyclopedias and textbooks. Living in a small town, I was aware of the backstories of my classmates because many of our parents and grandparents had grown up together. I saw that family situations, tragedies, and triumphs shaped people.


Now, as a writer, I believe that personal details pull young readers into nonfiction books. After all, what is history without the individuals who created it? As characters in a true story, they drive the action.

These people make scientific discoveries and save lives the way Dr. Joseph Goldberger did in Red Madness, my book about pellagra. Some of them stop epidemics the way public health officials did in Bubonic Panic. Others, like typhoid-carrier Mary Mallon in Fatal Fever, unwittingly force doctors and governments to change their approach to disease. I want my readers to meet these real-life characters up close.


As a researcher, I’m (politely) nosy about other people’s lives. To uncover the dynamic personalities behind the dry facts, I seek out the characters’ own voices.


Autobiographies, interviews, and oral histories are useful. But the most valuable resources are diaries and letters, especially those that the author never intended the world to see. There, in unguarded words, I find a more revealing picture. 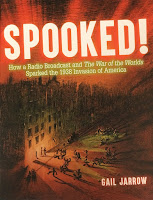 When I worked on my latest book, SPOOKED!: How a Radio Broadcast and The War of the Worlds Sparked the 1938 Invasion of America, I read two thousand letters and telegrams written by radio listeners in the wake of the broadcast. Their emotional comments, expressing either outrage or delight or embarrassment, enabled me to show how ordinary Americans responded to the terrifying program on Halloween Eve 1938.


My curiosity leads me to topics about which I often know very little. But by the time I complete my research and begin to write, a tiny dot has expanded to fill yet another chalk circle.


I hope my work helps young readers experience the same excitement and satisfaction I felt playing my first musical instrument and tracking down an answer in the World Book. I always include a More to Explore section in my back matter so that the inquisitive ones can fill in their own chalk circles. 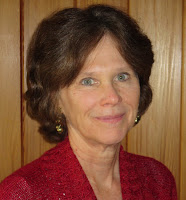 Gail Jarrow writes for ages ten and up about history, science, and the history of science. Her books have received numerous starred reviews, awards, and distinctions. Gail’s Deadly Diseases trilogy includes Red Madness, Fatal Fever, and Bubonic Panic. Her latest book, SPOOKED!, received a Sibert Honor Award. She lives in Ithaca, New York.
Posted by Melissa Stewart at 12:30 AM