What Is Expository FICtion? 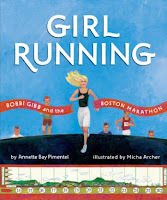 If you’re a regular reader of Celebrate Science, you know that I have a lot of say about expository nonfiction. But ever since I read this fascinating post by Annette Bay Pimentel, author of Girl Running: Bobbi Gibb and the Boston Marathon (which I highly recommend), I’ve been thinking more and more about expository fiction.


To make sense of the terms fiction, nonfiction, expository, and narrative, take a look at this handy-dandy diagram. 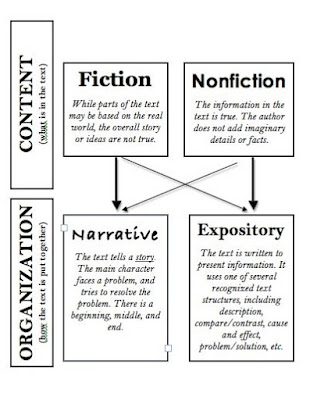 Drawing on the most widely accepted definitions, narrative texts tell a story or convey an experience. They include such story elements as characters, settings, and dialog and have a conflict and resolution.
Expository texts are crafted to explain information. They can have a wide variety of text structures, such as compare and contrast, cause and effect, sequence, etc. In some cases they are concept books, but they can also be all about (survey) books that present a broad overview of a topic or how-to books (active nonfiction) that explain a process step by step.


While most educators and students are becoming increasingly adept at differentiating between narrative and expository nonfiction, we don’t hear much about expository fiction.


Perhaps the most clear cut examples are books with key stats about fictional comic book characters or the Pokémon Essential Handbook. These guides follow an expository structure, but convey fictional information.


Annette discusses some interesting examples in her blog post. 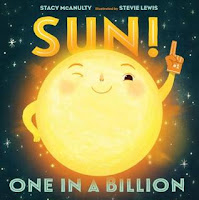 Here's a question. Should books that (1) have an expository writing style and (2) present true, verifiable information through the lens of an object or nonhuman animal narrator be considered expository fiction? Examples include Sun: One in a Billion by Stacy McAnulty, One Proud Penny by Randy Siegel or I, Fly: The Buzz About Flies and How Awesome They Are by Bridget Heos.

By using first-person point of view to deliver the information in a more interesting and engaging way, do these books cross the line into fiction? I really don’t know, but it’s a question worth thinking about.
Posted by Melissa Stewart at 12:30 AM