Like all nonfiction writers, I get a hundreds of recommendations from people about books they’d like me to create. Recently even one of my most savvy publishing friends suggested that I take on Roger Williams of Rhode Island, an unlikely idea for me because of his being a dead white man.


But even though many of these suggestions could lead to excellent books, I can only write about the subjects that personally resonate with me, that allow me to explore issues of concern.
I’m current working on a trilogy of books about three remarkable women scientists, Louis Leakey’s protégés sometimes called “The Ape Ladies”— Untamed: The Wild Life of Jane Goodall, Undaunted: The Wild Life of Birute Mary Galidikas and Her Fearless Quest to Save Orangutans (coming in 2019), and a yet-to-be named book on Dian Fossey. 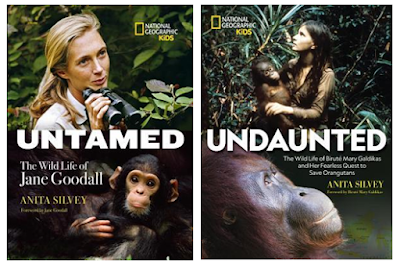 All three subjects met my tests for an ideal topic for a book:
—I admire all three women and can give two to five years of my life researching and writing about them.
—The resulting books add to categories of nonfiction that we need, women scientists and the environment.
—I could do interesting primary research.
—I could add to existing information by interviews with key people.
—All were “true believers,” people who gave everything for their cause. This list gives some idea of the vetting process I use before embarking on a book.
These reasons for writing the books reveal a great deal about my own concerns, my own issues. I realized 10 years into my career as a nonfiction writer that I chose subjects who could all be described as true believers. They have no cynicism; they hold nothing back; they give their life to their work.

Whether they are the women who dressed up as men to fight in the Civil War (I’ll Pass for Your Comrade), or the plant hunters who traveled the earth to serve botanical science (The Plant Hunters), or Pete Seeger, who never stopped protesting (Let Your Voice Be Heard), all of them sacrificed everything, including sometimes their lives, for what they believed in and held dear.
Now I prefer staying at the Ritz rather than camping out, and my idea of a good time consists of snuggling up with a book, not traveling the world or running out onto a battlefield. But with my subjects I share one important trait that has framed my life. I am also a true believer.
I believe in the power and importance of children’s books; I’ve championed children’s books, fiction and nonfiction, for over 50 years—from my first story hours for children to the present day. 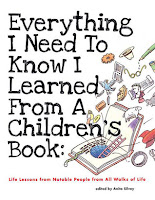 In talking to hundreds of people to compile Everything I Need to Know I Learned from a Children’s Book, I found that one-quarter of them chose careers based on childhood reading, many fell in love with characters who became role models; and many identified social causes that they embraced. All reading is important. Childhood reading lasts a lifetime.
In the end nonfiction writers, just like fiction writers, produce the same book again and again. It is a book about our key values, beliefs, experiences, and understanding of the world. We are not different from fiction writers. We just don’t get to make anything up.
We have to stay firmly grounded in fact and research and exploration of ideas as we reveal the material that resonates personally with us. 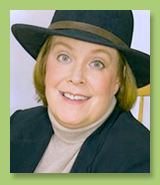 Former Editor-in-Chief of Horn Book Magazine and Publisher of Children’s Books at Houghton Mifflin, Anita Silvey has written several reference books about children’s books—Children’s Books and Their Creators, 100 Best Books for Children, and Everything I Need to Know I Learned from a Children’s Book. Her nonfiction books for young readers have won numerous awards and citations, including the Sugarman Award.
Posted by Melissa Stewart at 12:30 AM