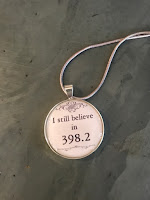 One day I saw this necklace on Etsy and knew I had to have it.


Those who know their Dewey Decimal System will know it says “I still believe in fairy tales.” And I do. Not the insipid Sleeping Beauty/Prince Charming movies I grew up with, but the stories that terrified and fascinated me as a young reader. They told me flat out what I already suspected—that the world can be a scary place, but kids (boys and girls) can succeed. Gretel can outsmart the wicked witch, save her brother, and find the way out of the forest.


What does a childhood love of fairy tales have to do with writing nonfiction? Today, I’m passionate about true stories that are real-life fairy tales. I want to write about boys and girls whose grit and grace knock my socks off. 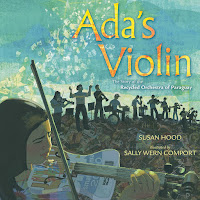 Take young Ada Ríos who grew up on a landfill in Paraguay, learned to play musical instruments made from recycled trash, and became a first violinist in the Recycled Orchestra that now tours worldwide. The story behind ADA’S VIOLIN (Simon and Schuster, 2016) is fairy tale if ever I heard one, but it’s TRUE.

﻿﻿﻿
Thanks to growing up on fairy tales, I’m inspired by underdogs and their pursuit of happiness. I want to write about young people who have no magic wand, no fairy godmother, and yet persevere in the face of adversity. SHAKING THINGS UP: 14 Young Women Who Changed the World (HarperCollins, 2018) came about because of a series of events in 2016—a perfect storm.

My first grandchild—a granddaughter—was born at a time when prominent women were being interrupted, mansplained or silenced; all the advances women had made over the decades seemed in danger of backsliding. As author Frances Moore Lappé wrote “Every choice we make can be a celebration of the world we want.” So I decided to write about fourteen young women who faced poverty, illness, discrimination, or war head-on to pursue their interests and talents.


There’s thirteen-year-old Mary Anning who sold fossils to keep her family from starving and discovered an ichthyosaur. She split scientific theory wide open, providing evidence of extinction and evolution forty-seven years before Charles Darwin published On the Origin of the Species. 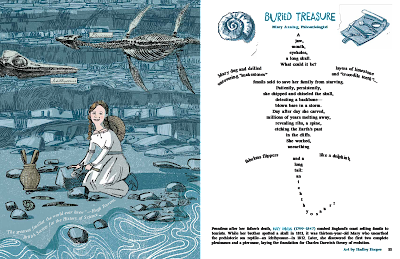 I was lucky enough to meet Ruby Bridges, who in first grade marched through a screaming throng at an all-white school in New Orleans and became an icon of the civil rights movement. Her bravery—at age six!—astounded me.

Unfortunately, kids today are bombarded with 24/7 news; they’re more aware than ever that the world can be a scary place. Children’s books can provide context, explain different points of view, encourage kindness and empathy, provide hope and inspire young readers. Kids like Ada Ríos, Mary Anning, and Ruby Bridges really can change the world. And that ain’t no fairy tale. 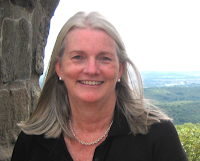 Susan Hood is the author of many children’s books and the recipient of the E.B. White Honor Award, the Christopher Award, and the Bank Street Flora Steiglitz Straus Award, given to “a distinguished work of nonfiction that serves as an inspiration to young people.” When not writing, Susan spends summers sailing with her husband and is all too familiar with ocean storms and trouble at sea. Those experiences informed Susan’s debut middle grade book—LIFEBOAT 12, which is based on a true, but little-known World War II story discovered in family letter. Visit Susan at susanhoodbooks.com