Melissa Stewart is one of my author heroes and her blog has provided an endless amount of resources and ideas that I have been able to apply to my classroom instruction. I’ve been following along with Monday’s “5 Faves” posts and, by Tuesday, my bank account usually feels the effects. Being invited to contribute is an honor.


From the moment I agreed to write this post, I haven’t been able to stop thinking about how I would possibly narrow down my list of favorite expository nonfiction to just five titles—a problem I have often when someone asks me for a book recommendation!


I began this journey by sifting through my nonfiction book bins. I pulled out titles. . . lots of them. I brought them home, spent the weekend sorting, re-reading, and analyzing. I read through all of the previous “5 Fave” posts. Then I did the same all over again the following week. As I sit here writing this, I am still unsure which five are going to make my list, but what I do know is I want to include titles that have not yet been included in other lists. Hopefully, some of these books and/or authors will be new to you, but will soon find a home in your classroom libraries! 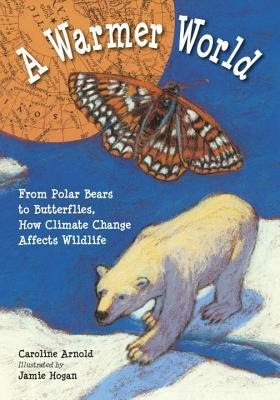 A Warmer World: From Polar Bears to Butterflies, How Climate Change Affects Wildlife by Caroline Arnold and illustrated by Jamie Hogan (Charlesbridge, 2012)
How many times a week do our students see or hear something about global warming on the news, on social media, or around their dinner tables? This book is a great place to start to help kids understand how climate change impacts animals around the world.


An introduction provides an example of how the golden toads of Costa Rica have been impacted by climate change and goes on to explain the science behind climate change. Following the introduction, the reader will find headings, such as “Wildlife in a Warmer World,”  “Higher and Cooler,” “Changing Seasons,” and “Warmer Water,” to name just a few. After an introduction into each heading, information about the impact on specific animals is noted on what looks like a piece of paper ripped from a notebook. Each double-page spread includes illustrations of the animals mentioned in their natural habitats, along with tags that label each animal in the art. A conclusion at the end focuses on our future in a warmer world and is followed by backmatter, including a glossary and other website/book sources to explore. This could be a mentor text in lessons on writing introductions/conclusions, format choices, and use of subtitles. 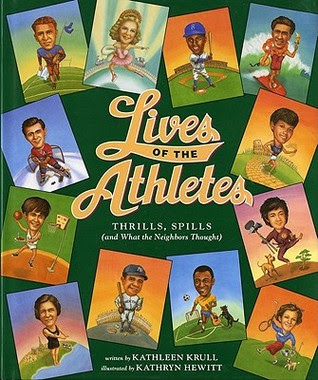 Lives of Athletes: Thrills, Spills, and What the Neighbors Thought by Kathleen Krull and illustrated by Kathryn Hewitt (Houghton Mifflin Harcourt, 1997)
Like all nine of the books in the series, Krull profiles a diverse cast. In this case, twenty athletes, including Jim Thorpe, Duke Kahanamoku, Gertrude Ederle, Babe Didrikson Zaharias, Wilma Rudolph, Pete Maravich, and Bruce Lee. While well-known names like Babe Ruth, Jesse Owens, Wilma Rudolph, and Pele may be what draw students in, they will keep reading because these biographies are chock full of little-known facts.  A framed drawing of the featured person begins each biography. Krull includes a tagline (i.e. Looking Good Without Clothes—  Johnny Weissmuller) before each name, followed by a birth/death place and date. Below that, the reader will find a quick blurb of sports accomplishments (i.e Record-breaking American swimmer, winner of five gold medals at the 1924 and 1928 Olympics, later famous as Tarzan).


This is a book that students can dip in and out of, but once I started reading, I couldn’t stop. Many of the athletes were new to me and reading more about their personal lives than their athletic fame made me feel like I had the inside scoop! After the text of each biography, Krull includes a bulleted list of each person’s Athleticisms, highlighting his/her sports accomplishments. Backmatter includes a Selected Bibliography. As a biography writing mentor, this book can be used to help students focus on aspects of a person’s life that haven’t been written about before, lessons on taglines, and each individual biography can be used to teach structure and format. 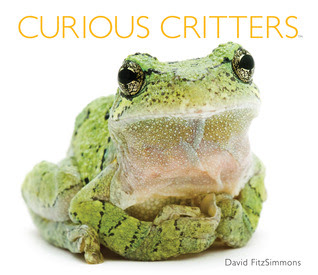 Curious Critters by David FitzSimmons (Wild Iris, 2011)
From my experience as a mom and a teacher, kids tend to be drawn to animal books. Curious Critters is eye-catching, with a close-up photograph of a gray tree frog against a stark white background on the cover. Each page includes a beautiful photo, along with information about the critter. Some are written in prose, some in verse, and all are written from the unique perspective of that particular critter. Twenty-one critters are represented, including Ohio crawfish, jumping spiders, goldfish, red flat bark beetles, eastern screech owls, and Chinese praying mantises. FitzSimmon’s backmatter includes additional information about each critter, a page of life-size silhouettes for kids to match along with an answer key and color-coded grouping guide, and a glossary.


If you like this book, there is also a Volume Two, as well as various Curious Critter board books with critters that are native to various states in the U.S. As a mentor text, this book has many possibilities for younger and older students. Lessons might include writing from different perspectives, first-person point of view, onomatopoeia, descriptive word choice, word placement, sentence variety, ellipses...the list goes on and on. 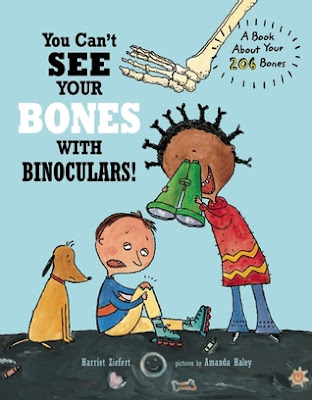 
Ziefert uses the lyrics of this song to take readers on an in-depth look at our skeletal system. The introduction includes an image of an x-ray and suggests that readers run their hands along the bones being described on their guided tour of the bones in their bodies. The top of each of the following pages includes the lyrics to the song, followed by information about that particular bone. To appeal to the child audience, Ziefert uses humor and examples that kids can relate to.  Amanda Haley’s cartoon illustrations, with embedded x-ray images, add to the humor and the kid-friendly nature of this book. The conclusion reminds readers that though you can’t see your bones with binoculars, a doctor can use an x-ray to see your bones. It also reviews the healing process of a broken bone. The backmatter includes a labeled cartoon skeleton.


When I used to teach 5th grade science, I would use this book during our Skeletal System unit. Now that I only teach ELA and social studies, this book has become an excellent mentor text. The fact that Ziefert used the song as the lead-in to each bone can be a style mentor for writers. Mini-lessons might also include introductions/conclusions, how illustrations can add to the text of the book, and how to add humor and voice to expository writing. 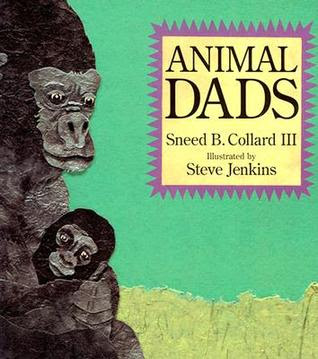 Animal Dads by Sneed B. Collard III (Houghton Mifflin Harcourt, 2000)
Sneed B. Collard writes a few expository texts that I like to use as writing mentors. In this book, he focuses on the role of dads. The book begins with a page with just text: Dad’s do many things. The pages that follow have main text that highlights something dads do (main idea) and secondary text that describes of an animal dad that fulfills that role (supporting details). For example, on the They build us homes to live in page, the secondary text explains how sickleback dads build nests out of pieces of plants for the female sicklebacks to lay their eggs. This format stays consistent throughout the book, sharing information about twenty different animal dads. Steve Jenkins’s cut paper collage illustrations work beautifully with the text.  The book ends the way it begins, with a page of just text on a dark background, which reminds us: Dads do many things. Dads are many things. 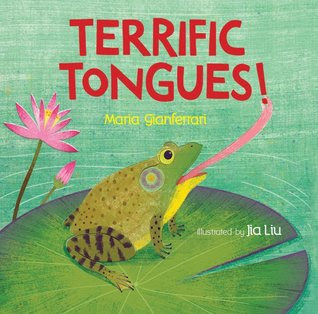 Terrific Tongues! by Maria Gianferrari (Boyds Mills Press, 2018)
I feel compelled to add this bonus fave. Gianferrari introduces readers to some of the amazing things animal tongues can do. The text follows a repetitive pattern: If you had a tongue like a sword, you might be a ...turn the page and you find out which animal fits that description. The illustrations created by Jia Liu work perfectly with the text and include a hilarious monkey that shows up in each image. Gianferrari brings it back to the reader at the end, reminding us about the terrific things our own tongues can do. Backmatter includes more information about the tongues of each featured animal even some that aren’t.
As a writing mentor text, I will pair this one with Animal Dads and books from Melissa Stewarts’ Animal Bodies Up Close series to reinforce creative styles and structures, while focusing specifically on one particular theme.

Well, I did it!  I chose five (+1), though I sit here with a stack of other expository texts in my lap and spread out on the floor, and I just can’t help myself. Here are a few more I just have to mention:
Sneed B. Collard III’s Most Fun Book Ever About Lizards by Sneed B. Collard III (Charlesbridge, 2012)
What If You Had Animal Ears!? by Sandra Markle (Scholastic, 2016) and all the other books in this series
How to Swallow a Pig: Step-by-Step Advice from the Animal Kingdom by Steve Jenkins and Robin Page (Houghton Mifflin Harcourt, 2015)
Thank you, Melissa, for giving me the opportunity to share. Maybe I’m better suited for a “Fave 15” series. 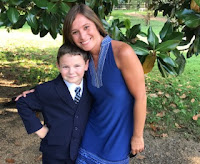 Kristen Picone is a self-proclaimed book nerd, always has been and always will be. She teaches 5th grade ELA/SS in Kings Park, NY, in a classroom that is filled to the brim with books of all kinds. Teaching is not just her job, it’s her passion! When she isn’t opening boxes of new books that have arrived on her doorstep, she can be found planning for the next nErDCampLI, or lost among her many TBR towers.  Reading to kids of all ages is Kristen’s absolute favorite thing to do, particularly while snuggling up with her favorite book-loving 8 year old. Kristen can be found on Twitter at @Kpteach5 or through her class account at @KPStars5. She often tweets book recommendations using the following hashtags: #nErDCampLI and #BookJourney.
Posted by Melissa Stewart at 12:30 AM