When Melissa asked me to write a guest blog post on expository nonfiction, I thought it would be pretty easy. It was only when I realized that my initial list was narrative nonfiction, that I had to sit back and really dive into my “Dewey Section” of the library.


Now I feel like I’ve copped out a bit when coming up with my list. Who is one of my favorite nonfiction writers for kids right now? Steve Jenkins. I could make a whole list dedicated to his books. But I won’t. I’ll also include a few other ones that I know my students love and go back to time after time.

Animals by the Numbers: A Book of Animal Infographics by Steve Jenkins (Houghton Mifflin Harcourt, 2016)

Last year this book was a hit with my fourth grade students. They loved everything about it—the informational facts, the graphs, the illustrations. You could pick up this book, turn to any page, and learn something fascinating. Check out this lego stop motion movie a couple of my students made based on this book:  https://drive.google.com/drive/search?q=henry 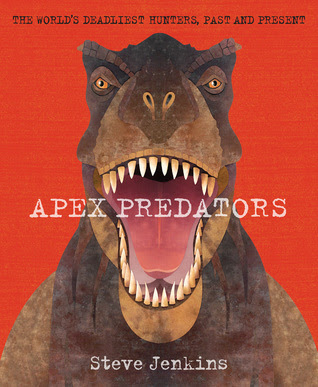 Apex Predators: The World’s Deadliest Hunters, Past and Present by Steve Jenkins (Houghton Mifflin Harcourt, 2017)
Want to know about the alpha animals millions of years ago and today?  This book includes a treasure trove of predators that never become prey. Kids will love seeing the size, the bite, the fight of these beasts.  The book even concludes with a timely message about the deadliest predator of all. Can you guess what it is? 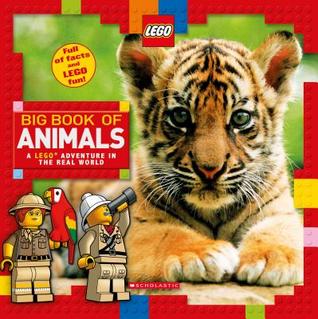 Big Book of Animals: A Lego Adventure in the Real World (Scholastic, 2017)
I have so many students who love Legos and love animals. Organized by habitat, this book includes authentic photographs alongside Lego characters spouting out facts about the animals. On the bottom of many pages, there is a “Play it!” banner that asks a question about Lego figurines related to the habitat or the animals. 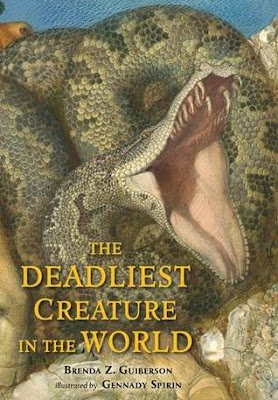 The Deadliest Creature in the World by Brenda Z. Guiberson and Gennady Spirin (Holt, 2016)
This is another book that kids devour because it’s written from the point of view of the animal. Each left-hand page introduces an animal: “I am a bull shark.” On the right-hand page, the animal shares the reasons it thinks it is the deadliest creature in the world. Each critter seems more deadlier than the last. Which is the deadliest of all? At the end, the text simply says, “You decide!” My students also liked Guiberson and Spirin’s The Most Amazing Creature in the Sea, written in the same format.

Unusual Creatures: A Mostly Accurate Account of Some of Earth’s Strangest Animals by Michael Hearst (Chronicle, 2012)
I’ve had this book in my library for five years now, and it’s still very popular. On each double-page spread, the reader learns cool facts about the featured animal as well as its biological classification, scientific name, habitat, and more. A sketch of the animal to scale is also included. Kids will recognize some of the animals (i.e, Komodo dragon) in the book, but most will be unfamiliar (i.e, hagfish).


Wow. After reacquainting myself with all these deadly, unusual, apex, extreme animals, I think I’m ready for a cute dog cuddle right now. I’m exhausted thinking about all these amazing creatures, but for my elementary students, it’s  just what they love—reading to get their heart pounding just a little bit and gaining a new fact or two to show off at the lunch table.

Stacey Rattner is the "leaping librarian" at Castleton Elementary School, just outside of Albany, NY. For the past three years she has run a Sibert Smackdown with a collaborating fourth grade teacher and looks forward to doing it again in 2018-2019. You can follow her on Twitter @staceybethr or http://librarianleaps.blogspot.com/.
Posted by Melissa Stewart at 12:30 AM