I’m passionate about honeybees. It’s hard to imagine that a small insect plays such an important role in life on planet Earth.


One third of honeybee colonies are disappearing due to colony collapse disorder (CCD)—a phenomenon in which the majority of worker bees in a colony disappear leaving behind a queen, plenty of food, and a few nurse bees to care for the young bees and the queen.


What causes CCD? Researchers are focusing on these factors: the invasive varroa mite, new or emerging diseases, pesticide poisoning, habitat changes, inadequate forage/poor nutrition, and potential immune-suppressing stress.
Each of the titles below presents a different spin on honeybees. 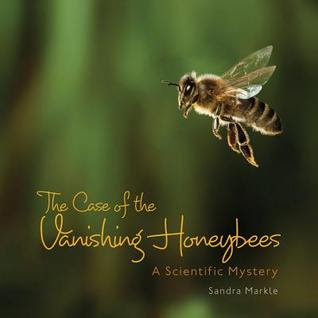 The Case of the Vanishing Honeybees: A Scientific Mystery by Sandra (Millbrook, 2014)
Bursting with close-up photography and detailed illustrations, this book explores why honeybee populations are decreasing and discusses how scientists and beekeepers are working to save them. The plethora of fascinating facts will keep readers mesmerized. 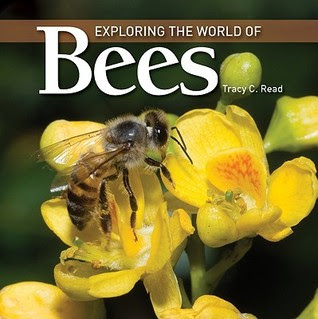 Exploring the World of Bees by Tracy C. Read (Firefly Books, 2011)
A packed 22 pages of common and lesser known scientific facts about bees: “Scientists have identified over 20,000 bee species in the world, and close to 4,000 species are found in North America.”  While exploring the beauty, significance, and habits of bees, readers will appreciate high magnification photographs as well as the richness of facts in the main text and text features. 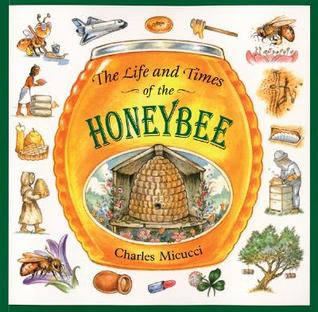 The Life and Times of the Honeybee by Charles Micucci (Houghton Mifflin, 1995)
Depicts the life cycle and habits of the honeybee, describing in detail the organization of the hive and the making of honey.  Basic facts, some amusing, and full-color illustrations provide readers with everything they need to know about bees and how they live. 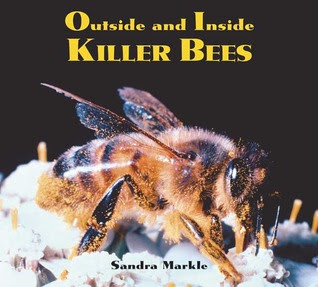 Outside and Inside Killer Bees by Sandra Markle (Walker, 2004)
Did you know that killer bee colonies are invading honeybee hives and taking them down? Sandra Markle explains the similarities and differences between European and Africanized (killer) honeybees, discusses how killer bees have spread, and examines efforts to control killer bee populations. 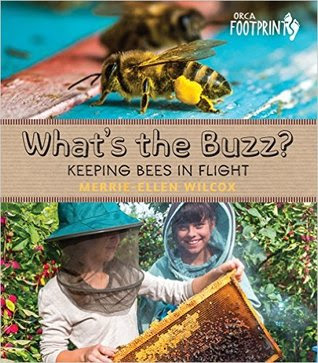 What's the Buzz?: Keeping Bees in Flight by Merrie-Ellen Wilcox (Orca Books, 2015)
The four chapters: The World of Bees, Bees at Work, Life in the Hive, and Keeping the Bees in Flight discuss the features, habits, and pollination efforts of different kinds of bees as well as how people are working to save bee populations. Once you read the book you will want to do further research, so check out the Resources (books and website) on pg. 44. 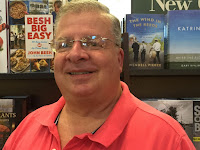 Terrence “Terry” Young, Jr., M.Ed., MLS is an active retired school librarian and the chairperson of the AAAS/Subaru SB&F Prizes for Excellence in Science Books for the children’s, middle, and hands-on categories. In his 39 years in education and 36 years as a member of the American Library Association and several of its divisions, he has served on the Caldecott, Sibert and the Margaret A Edwards committees. His articles on school libraries, science, and STEM literacy have been published in Knowledge Quest, Book Links, School Library Connection, School Library Journal, School Library Monthly, and Science Books & Films. Terry is the author of all “School Libraries Work!” editions. He is also a frequent speaker at local, state, and national conferences.
Posted by Melissa Stewart at 12:30 AM