In the Classroom: Choosing a Topic 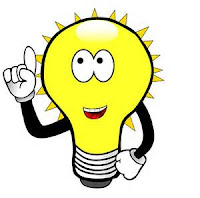 Not long ago, during a school visit in Rhode Island, fourth graders said something that shocked me. According to them, choosing a topic is the hardest part of the nonfiction writing process. Seriously. They found it completely overwhelming.


I’ve heard students and teachers talk about this struggle before, but never so adamantly and with such resignation. And frankly, I was baffled.


For me, ideas are everywhere. They come from books and articles I read, conversations with other people, places I visit, and experiences I have. The hard part isn’t getting ideas. It’s keeping track of them, so that I can pick one when it’s time to start writing a new book. 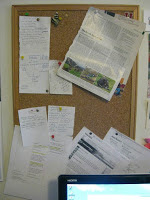 That’s why I have an idea board in my office. Anytime I have an idea, I write it on a scrap of paper and tack it up there. Some of those ideas lead nowhere, but others turn into books.


Young writers could mimic this by having an idea board in their classroom. Alternately, they could write ideas on the inside back cover of their writing notebook.


There could also be a classroom idea jar for struggling students, or children could participate in ABC brainstorming to home in on a specific topic.


Do you have other ideas that could help young writers select a topic for a report?
Posted by Melissa Stewart at 12:30 AM