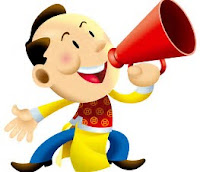 
As you plunge into the wonderful world of expository nonfiction, share what you’re learning and how students are reacting with the colleagues in your building, with people you meet at conferences, and with your PLN on social media. If we all work together, we can help more fact-loving kids become lifelong readers.
Posted by Melissa Stewart at 12:30 AM