Behind the Books: What’s the Point (of View)? 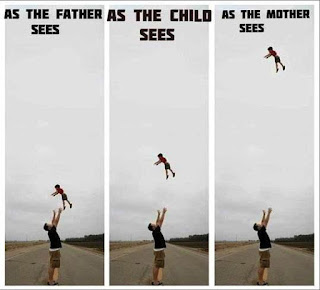 In 2010, I had the good fortune to meet Melissa Techman (@mtechman), a school librarian in Charlottesville, Virginia, on Twitter. Over the years, Melissa has shared many great ideas with me.


One of my favorites came in the form of a comment to a blog post I’d written about voice and point of view in nonfiction writing. Melissa suggested having students create nature journals in which they experiment with point of view by writing about a particular observation first in what she called the “wondrous first person” and then in the “serious third person.” I loved the idea so much that I started doing it myself. You can see examples here and here.


Eventually, I began writing about the same observation in three different ways (1) wondrous first person, (2) scientist’s description, and (3) animal’s perspective. What I realized is that each of these approaches has its advantages and its shortcomings.


And that made me think more deeply about point of view in STEM picture books. Traditionally, most nonfiction books for children featured a serious third-person point of view. Like my scientist’s descriptions, the writing in these books had an air of authority, but it could sometimes be a bit dry.
Perhaps 15 years ago, nonfiction authors began experimenting with second person point of view. Why? Because it’s a great way to engage and connect with readers. When the author is using an expository writing style, second-person point of view pairs well with a lively, conversational voice. Examples include If You Hopped Like a Frog by David Schwartz, Black Hole Is NOT a Hole by Carolyn DeCristofano, and Bone by Bone by Sara Levine.


When the author is using a narrative writing style, his/her intent is to bring readers right into the middle of the action. The voice is often energetic and descriptive. Examples include Journey into the Deep by Rebecca L. Johnson, If You Decide to Go to the Moon by Faith McNulty, and Army Ant Parade by April Pulley Sayre.


More recently, first-person point of view has become increasingly popular. In picture book biographies like Blockhead: The Life of Fibonacci by Joseph D'Agnese and Solving the Puzzle Under the Sea: Marie Tharp Maps the Ocean Floor by Robert Burleigh. First-person point of view allows readers to see the world from the subject’s perspective. And in books like I, Fly by Bridget Heos and The Most Amazing Creature in the Sea by Brenda Z. Guiberson, animal characters are able to speak directly to readers and share facts about themselves in an engaging way.


As far as I’m concerned, point of view is one of the most critical tools nonfiction writers have at their disposal.
Posted by Melissa Stewart at 8:06 AM