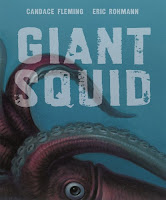 If you’re a regular reader of this blog, you know that nonfiction writing style is one of my favorite topics. Narrative nonfiction tells a story or conveys an experience, and expository nonfiction explains, describes, or informs.


As I discussed here, while some nonfiction writing is 100 percent expository, most narrative nonfiction is actually a blend of narrative scenes and expository bridges. The ratio of narrative to expository text ranges widely. Most biographies are burgeoning with narrative scenes. Books about historical events often include a bit more exposition. And at a certain, undefined tipping point, a book contains enough expository sections that people routinely identify it as expository overall. 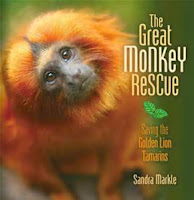 Still, many expository books feature narrative chapter openers. One of my favorite books, The Great Monkey Rescue by Sandra Markle, has a narrative beginning and ending with an engaging expository center. 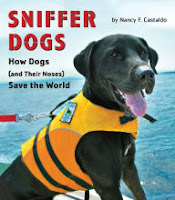 Sniffer Dogs by Nancy Castaldo is expository overall, but it makes expert use of occasional narrative sections to illustrate specific points. My book Hurricane Watch includes a short narrative scene at the beginning and a large narrative chunk in the middle, as I immerse readers in the action of the storm. 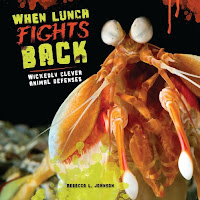 When Lunch Fights Back by Rebecca L. Johnson includes alternating sections of narratives scenes of predator and prey and expository behind-the-story explanations of  how their behaviors help them survive—or not. 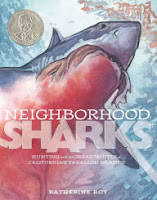 Neighborhood Sharks by Katherine Roy is also a 50-50 mix with narratives that show sharks close up and expository sections that provide fascinating descriptions of the hunters’ body features and how they work.


In all of the books mentioned above, the authors hooked young readers with a narrative opening. It’s a winning technique that works time and again. So imagine my surprise when after reading the lyrical, luscious, wonderfully mysterious 5-page expository opening of Giant Squid, I suddenly found myself plunged into a gripping narrative scene that focuses on the squid’s fascinating feeding strategy.

With this bold choice, uber-talented author Candace Fleming broke the mold. Here, for the first time I know of, a writer began her narrative-expository hybrid with an expository passage.

Was it the right decision? You bet! It’s one of the most intriguing expository passages I’ve ever read. It’s simply enchanting.


Taken as a whole, the book is a 50-50 mix consisting of three narrative scenes and gorgeous expository descriptions that do more than link one scene to the next. They bring us into the life and the world of one of Earth’s least known creatures.

Giant Squid is definitely one of my favorite books of the year.
Posted by Melissa Stewart at 12:30 AM