Behind the Books: Blending Writing Styles 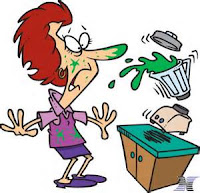 For the last few weeks, I’ve been discussing the two nonfiction writing styles—narrative and expository. Many great books fit snugly into one category or the other, but then there are the outliers.

For example, some nonfiction books that are expository overall, include narrative sections at the beginning and end. And when you really think about it, all narrative nonfiction is a combination of narrative scenes that give readers a bird’s eye view into the people/world being described and expository bridges that link the scenes. The expository sections provide necessary background while speeding through parts of the true story that don’t require close inspection. The art of narrative nonfiction lies in pacing, which means choosing just the right scenes to flesh out.


As long as we’re talking about the necessity of expository passages in narrative writing, I’d like to point out that expository text also exists in many-a-popular fiction books. A good example is the following passage from Harry Potter and the Sorcerer’s Stone.

“This,” said Wood, “is the Golden Snitch, and it’s the most important ball of the lot. It’s very hard to catch because it’s so fast and difficult to see. It’s the Seeker’s job to catch it.”
“You’ve got to weave in and out of the Chasers, Beaters, Bludgers, and Quaffle to get it before the other team’s Seeker, because whichever Seeker catches the Snitch wins his team an extra hundred and fifty points, so they nearly always win . . . A game of Quidditch only ends when the Snitch is caught, so it can go on for ages.”


Both Harry and the reader need to know how Quidditch works, and this expository passage provides all the information we need.


Okay, back to nonfiction.


Lately, I’ve begun to notice that a growing number of nonfiction books contain roughly equal amounts of narrative and expository text. The author moves seamlessly from one writing style to the other, creating a blended style that serves the subject well.


Here are three examples. I’d like to add a few more titles to this list, so please let me know if you can think of some. 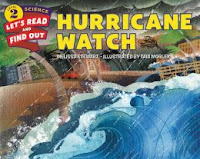 When Lunch Fights Back by Rebecca L. Johnson

Email ThisBlogThis!Share to TwitterShare to FacebookShare to Pinterest
Labels: Behind the Books, Nonfiction Writing Style