Behind the Books: Influencing Your Audience with Persuasive Nonfiction

When I first started compiling Common Core-related book lists in 2012, persuasive writing had me stumped. I couldn’t think of any good mentor texts.


Then my friend, writer and school librarian Sam Kane, forwarded me a link to this an article in Booklist. It discusses Common Core text types and recommends recently-published science books in each category. 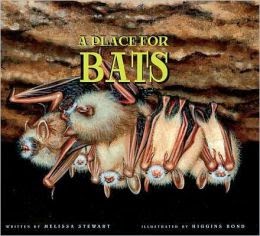 When I saw that my book, A Place for Bats, was included in the persuasive category, I was stunned.
I didn’t think I was trying to persuade anyone of anything. I was merely laying out the facts and letting the reader decide. Wasn’t I?

But then I thought about it a little more.


Do I want people to protect bats and their environments? Yes.


Are they going to take action? They just might.


After having that startling moment of insight, it became much easier to pick out other persuasive books. Here’s a list of ten that I recommend:


The Girl from Tar Paper School by Teri Kanefield


A Place for Bats by Melissa Stewart


Write On, Mercy: The Secret Life of Mercy Otis Warren by Gretchen Woelfle


Wheels of Change: How Women Rode the Bicycle to Freedom by Sue Macy


Who Says Women Can’t Be Doctors? The Story of Elizabeth Blackwell by Tanya Lee Stone


Students may never have to write persuasive texts as part of their future jobs, but everyone will encounter them in their adult lives—from product advertisements to political platforms. That’s why all students should be able to recognize when someone is trying to convince them to do something or think a certain way, and then be able to step back and carefully consider whether or not they agree.
Posted by Melissa Stewart at 12:30 AM

Email ThisBlogThis!Share to TwitterShare to FacebookShare to Pinterest
Labels: Behind the Books, Persuasive nonfiction, Writing Nonfiction