Expository (Facts Plus)
Most books by Steve Jenkins & Robin Page
National Geographic Readers
A Black Hole Is Not a Hole by Carolyn Cinami DeCristofano
What to Expect When You’re Expecting Larvae: A Guide for Insect Parents (and Curious Kids) by Bridget Heos
The Zombie Makers by Rebecca L. Johnson


Inquiry (Ask and Answer)
Most books by Peter Lourie
If Stones Could Speak by Marc Aronson and Mike Parker
What Bluebirds Do by Pamela F. Kirby
Written in Bone by Sally M. Walker

Action
Citizen Scientists by Loree Griffin Burns
Experiments You Can Eat by Vicki Cobb
I Face the Wind by Vicki Cobb
Posted by Melissa Stewart at 3:00 AM No comments:


Q: Where does metamorphic rock go to take a bath?
A: A mountain fountain.
Q: Where did the volcano go on Saturday night?

A: To a rock concert.


Q: What do you get when you cross a saber-tooth cat with a ball of yarn?
A: Saber-tooth mittens.


Q: What did one magnet say to the other magnet?
A: You’re very attractive.


Have a great summer! I’ll see you back here in September.
Posted by Melissa Stewart at 1:13 AM No comments:

Behind the Books: Who Is this Woman? 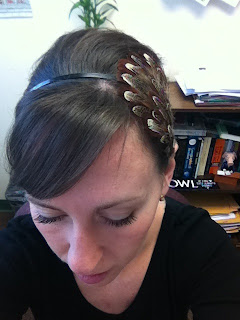 This is Julie Ham, one of my editors at Charlesbridge. She sent me this photo so that I could admire the lovely, feathery headband that she wore to her company’s spring launch meeting in honor of my upcoming title FEATHERS (illustrated by the uber-talented Sarah Brannen).

Julie inherited FEATHERS when the book’s original editor left the company last year. Making the shift from one editor to another can be a nerve-wracking process. Sometimes the new editor just doesn’t have as much enthusiasm for the project as the editor who acquired it. But in this case, I’ve been very, very lucky.


Julie is both wise and patient, and her commitment to the book has been remarkable. Right now, the whole publishing team is working hard to iron out some of the book’s finer details, but I can already tell that it will be one of my favorite titles when it is complete. I'm really looking forward to it's release next year.
Posted by Melissa Stewart at 3:57 AM No comments:

Email ThisBlogThis!Share to TwitterShare to FacebookShare to Pinterest
Labels: Behind the Books, Writing Life, Writing Nonfiction

Having Fun with Common Core: Last But Not Least

We finally made it to CCSS ELA Reading Informational Text #10. Hooray!

The good news is that if you’ve spent the year working with your students on standards 1-9, they will have automatically achieved this final standard. Why? Because at every grade level, it focuses on reading a variety of age-appropriate nonfiction titles.


Over the year, I’ve presented suggestions for meeting the standards using more than one-hundred top-quality nonfiction titles. Even if your students have only read some of them, they’re in great shape.


Happy Summer, Everyone!
Posted by Melissa Stewart at 5:00 AM 1 comment:

Q: What did the tornado say to the car?
A: Wanna go for a spin?

Q: Why did the tornado cross the playground?
A: To get to the other slide.

Q: Why do hurricanes travel so fast?
A: Because otherwise, they’d be called slow-i-canes.

Q: What did the hurricane say to the island?
A: I have my eye on you.

Behind the Books: The Writer’s Life 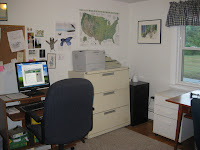 I’m a writer. Once upon a time, that meant I sat at my desk and wrote all day, every day. I loved what I did, but sometimes I felt a bit disconnected from the rest of the world, especially my young readers.


In the last few years, thing have changed. A lot. Most children’s authors are now playing a big role in promoting their books, and I’m no exception.


I now spend a big chunk of my time out and about—especially during October, April, and May. This spring I’m spending more days traveling and doing presentations than at home writing. I’ll be in Maryland, Texas, Pennsylvania, Connecticut (twice), Maine, New Hampshire (twice), and all over my home state of Massachusetts. 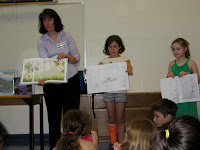 Part of me hates being pulled away from my works-in-progress, but another part of me loves reaching out to readers. Talking to curious kids is a blast, and I always come home with tons of ideas for new ways to approach the topics I’m writing about.


During school visits, I see firsthand which parts of my books fascinate kids the most—and which parts miss the mark. Having direct contact with kids, teachers, and librarians makes me a better writer.


Speaking at conferences helps me to better understand the challenges and obstacles educators face every day. Questions from the audience and lunchtime conversations help me develop curriculum materials that can better serve educators’ needs. 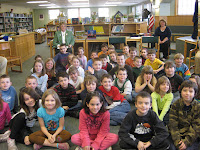 Even though I know that connecting with my audience is an important part of my job, I always feel a sense of relief when June rolls around. All summer long, I can delve deeply into my writing. I truly treasure that time.


But by the time October rolls around, I’m itching to get out of the office again. The seasonal rhythms of being a twenty-first century writer have become a welcomed part of my annual routine.
Posted by Melissa Stewart at 4:17 AM 1 comment:

In May, I presented some book suggestions for CCSS ELA Reading Informational Text #9 grades K-3. At grades 4 and 5, the goals of standard #9 take a different approach by focusing on integrating ideas learned from two or more texts.


Here are some suggestions that will work well: 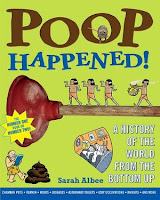 Poop Happened: A History of the World from the Bottom Up  by Sarah Albee

Grade 5
The Tale of Pale Male by Jeanette Winter 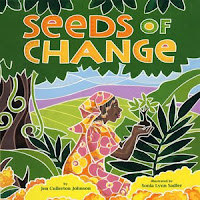 Planting the Trees of Kenya by Claire Nivola


Seeds of Change: Wangari's Gift to the World by Jen Cullerton Johnson and Sonia Lynn Sadler