When I began this strand of my blog, I wasn’t sure if I’d have enough to say to fill a whole school year. Turns out, I do. In fact, I could probably start all over again and include more great books that have just come out or that I’ve just discovered.


But before I get ahead of myself, let’s look at CCSS ELA Reading Informational Text #9. It’s all about comparing texts (at the lower grades) and integrating ideas (at the upper grades). 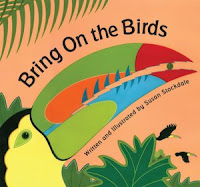 
Bring on the Birds by Susan Stockdale
Birds by Kevin Henkes (illus. by Laura Dronzek)


For grades 2-3, here are titles in which both books are nonfiction, but the approach is quite different: 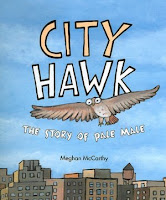 
The Wolves Are Back by Jean Craighead George (illus. Wendell Minor)


The Tale of Pale Male by Jeanette Winter


The goals for grades 4 and 5 have to do with integrating texts, rather than just comparing them, so I’ll talk about that in my next Monday post.
Posted by Melissa Stewart at 6:16 AM