Behind the Books: A Closer Look at Data & Expository Nonfiction for Kids

Last week, I introduced a great new nonfiction classification system developed by the Uncommon Corps. Now I’m going to take a closer look at two of their categories—Data (Facts First) and Expository (Facts Plus).


Once upon a time, all nonfiction for kids (and adults) was expository. These books presented facts and offered explanations in a direct, straightforward way. Text flowed uninterrupted for pages at a time with occasional B&W photos decorating the pages. Let’s face it. Sometimes the writing was pretty dry and stodgy by today’s standards.

But nonfiction has evolved tremendously over the last 20 or so years. I entered publishing in the early 1990s, so I’ve had a front row seat to all these changes.


I have vivid memories of pasting up a book called Animal Skeletons in 1995. It was a great book, but pasting it up was a royal pain in the neck because it had so many illustrations of (what else) animal skeletons.


Pasting up involved cutting out blocks of text and images, slathering the backs with rubber cement, and creating the pages by hand. I remember there was a lot of tissue paper involved, and making changes was to be avoided at all costs. This labor intensive process really limited the creativity involved in designing and laying out books.
But technology saved us! Desktop publishing software came on the market in 1987.
It caught on in the U.S. around 1992, and publishers had fully transitioned by 1996. 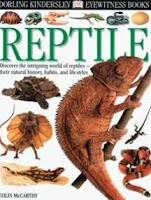 Before most American publishers were up to speed, the Brits took us by surprise. Dorling Kindersley’s Eyewitness Books entered the U.S. marketplace in 1991. And by the late 1990s, these Data (Facts First) Books had revolutionized children’s nonfiction.


All publishers began using subheads liberally and including sidebars to breaking things up. Most elementary-level books were printed in full color and, of course, designers went to town.

Join me next week for more of the story.
Posted by Melissa Stewart at 6:53 AM