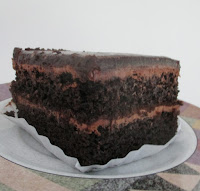 Last week I shared two academic articles with evidence that nonfiction in general and expository nonfiction in particular is more popular among primary students than most of us might think. Simply put, what the children’s literature community calls broccoli, many kids call chocolate cake.


Today I’m back with another study. It’s similar to the one I was interested in conducting myself (though the boy vs. girl angle wasn’t on my radar), but thanks to Ray Doiron, I don’t have to.


In a previous study, Doiron had found that students at his elementary school checked out twice as much nonfiction as fiction. For this study, he focused on just the books students were choosing to read. To do this, he eliminated data for books being checked out for school assignments.


Over 3 years, Doiron collected data for 10,000 library transactions among students in grades 1-6 and found that students checked out about 60% fiction and 40% nonfiction for pleasure reading. Boys chose nonfiction more than twice as often as girls.


In last week’s post, I asserted that the children’s literature community has a bias against expository nonfiction because people who choose jobs as editors, librarians, literacy educators, etc. connect more strongly with stories and storytelling than the general population, and I still believe that’s true. However, the results from this study as well as the studies I highlighted last week indicate that boys have a stronger affinity for nonfiction, especially expository nonfiction, than girls. Is this due to societal influences rather than an innate preference? Maybe, but that’s a topic for another day.


Here’s what I want to focus on right now: Since the children’s literature community is overwhelmingly female, I suspect that gender may be a contributing factor to the bias against expository nonfiction.


Once again, I encourage you to get the full article and read it. I’ll be sharing more research next week.
Posted by Melissa Stewart at 6:35 AM