Behind the Books: Two Kinds of Narrative Nonfiction


Luckily, a Tweep came to my rescue. During a series of conversations with Mary Ann Cappiello, we were able to identify some of the differences and develop a descriptive name for each category.


As part of that dialog, I looked up the definition of story and this is what I found:


I’m not sure it’s accurate to say that all stories are told for entertainment, and plenty of children’s stories focus on non-human characters, so here’s my own workimg definition:


Story--a real or imaginary account of people/creatures and events. 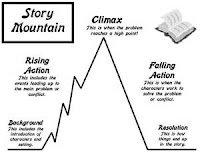 Most fiction writers would say that a story also needs a narrative plot arc (see diagram) and a conflict that is resolved by the end. To be sure, narrative nonfiction biographies and books about historical events include both of these elements.


But I l prefer my working definition because it makes room for a subset of narrative nonfiction that I’ve struggled to define. It's most common in science-themed picture books that describe a natural process, such as the cycle of a storm or the typical daily, seasonal, or annual activities of a single animal or a host of animals living and interacting in a specific environment.


I have been calling these “cycle stories” for some time, but because I didn’t have an umbrella term for the more common history/biography titles, I kept seeing cycle stories as anomalies. But thanks to Mary Ann’s recent comments and my recollections of a conversation I had with ElizabethPartridge several years ago, I’m now giving the “traditional” narrative nonfiction the label “plot”. Because they do have true narrative arcs with conflicts and resolutions.


Here are some great books in each narrative nonfiction category: 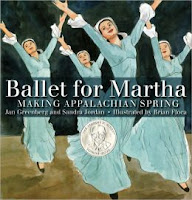 Ballet for Martha by Jan Greenberg and Sandra Jordan 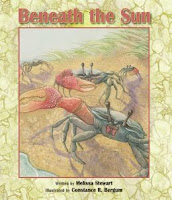 Beneath the Sun by Melissa Stewart


A Drop of Water by Gordon Morrison


Redwoods by Jason Chin (due to the art)