Deadliest Animals: Putting It All Together, Part 2

To round out my discussion of Deadliest Animals, I’m providing some more examples of how the book changed during the design and layout process. I’ll also resolve the issue I first discussed back in May—how to end the book. The editors and I were struggling with that at the manuscript revision stage and decided to figure it out when we saw the layout.


In the crocodile spread, the two okay photos were replaced by a great image of a croc hunting. The designer also beefed up the Death Toll sidebar by creating a tombstone icon. 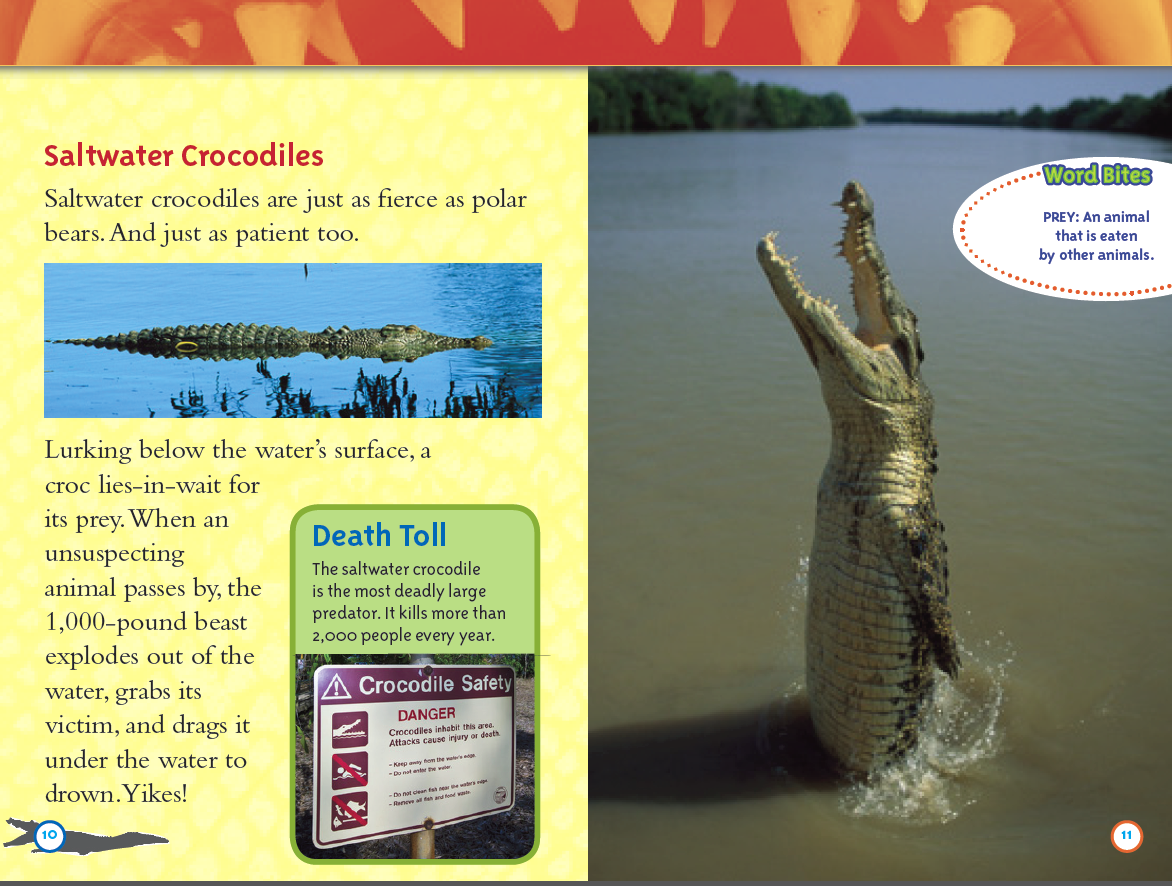 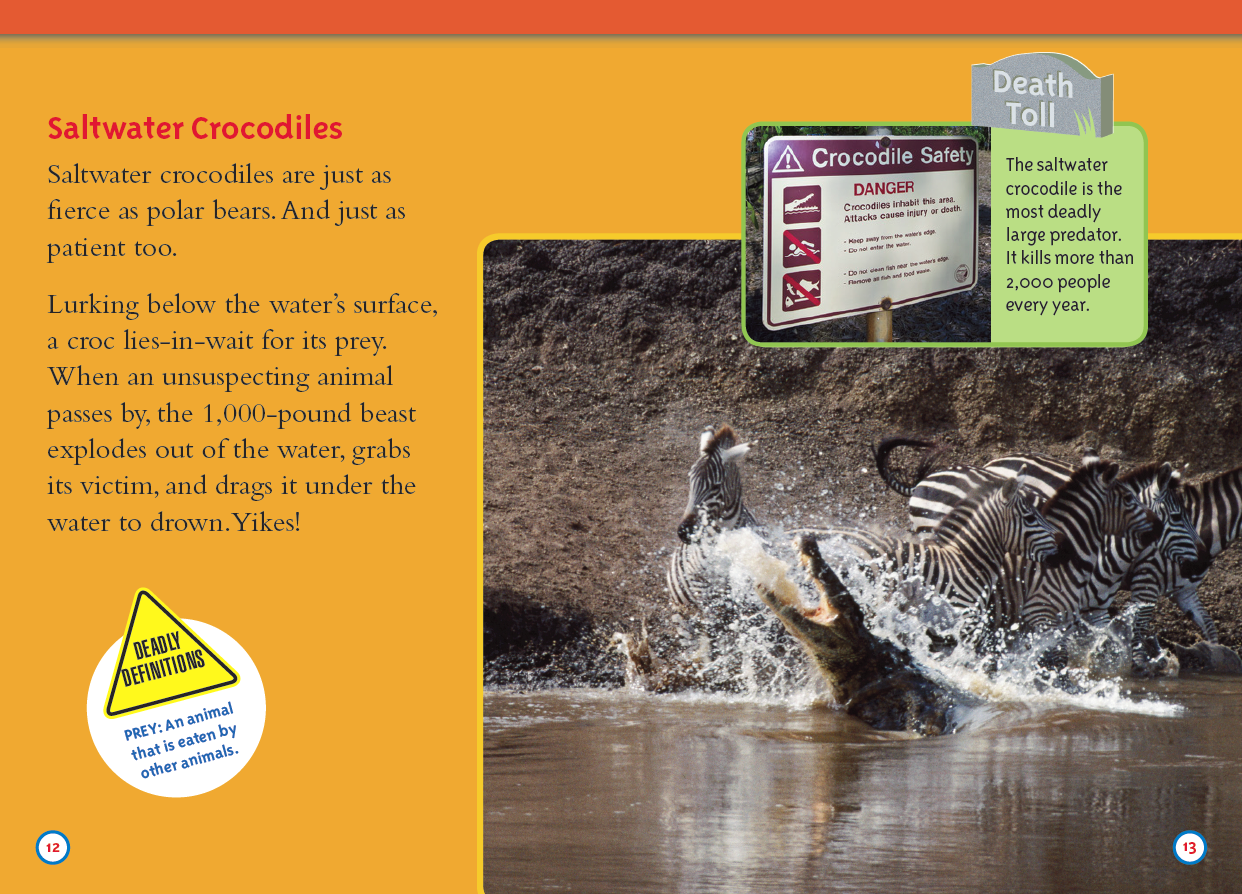 The final shark spread is much more dynamic. On the left, the reader feels closer to the shark’s deadly tooth-filled mouth. The bite out of the surfboard makes us wonder what happened to the person riding the board, and I love how the round tooth close-up nestles into the gaping hole in the surfboard. 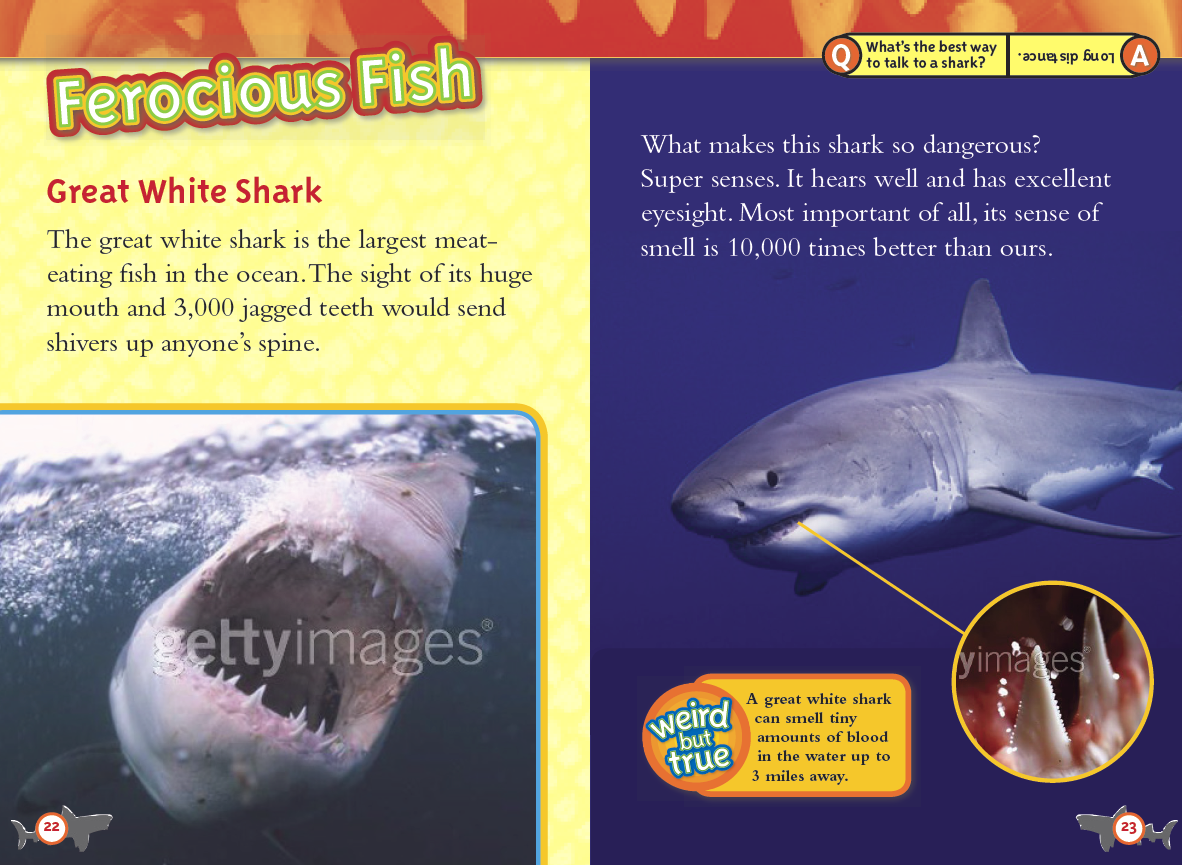 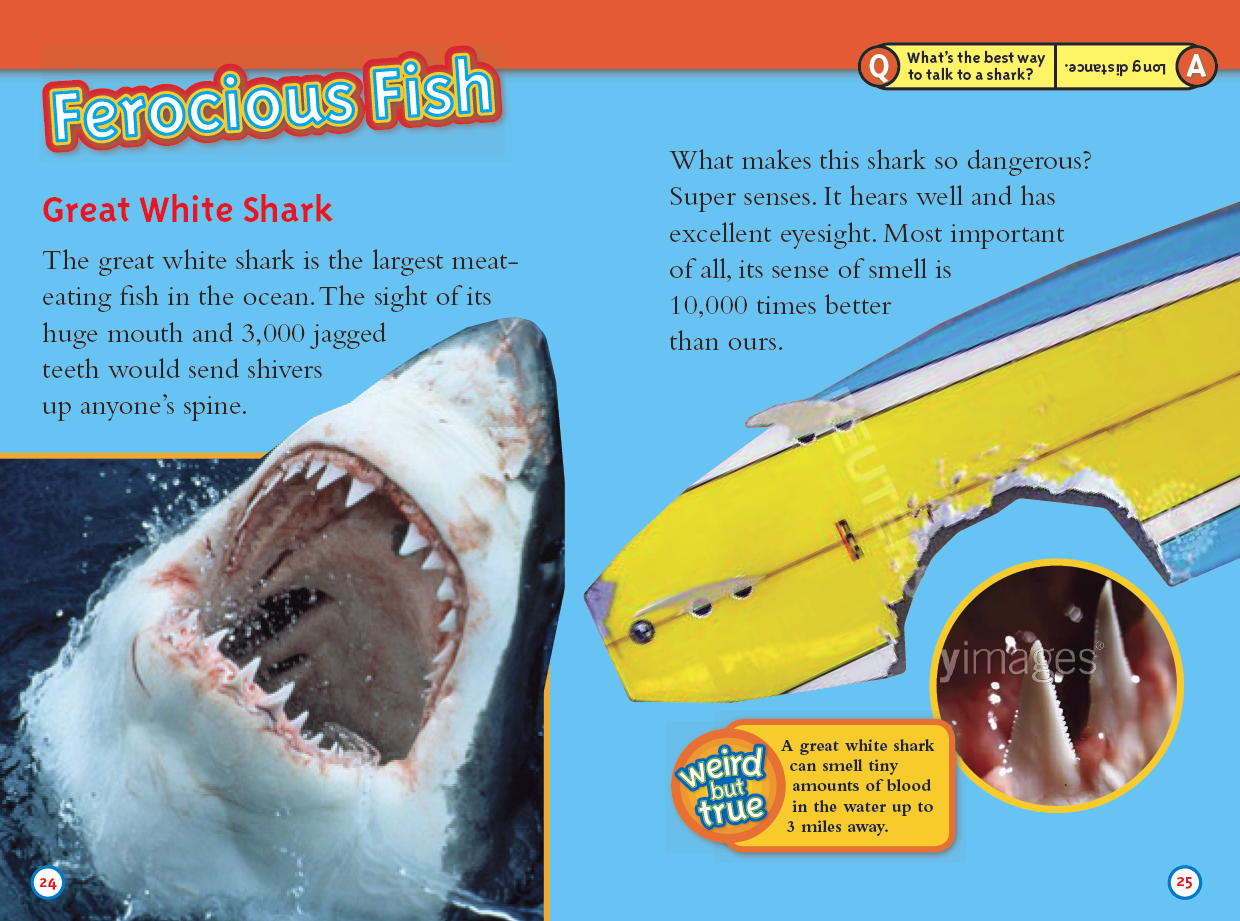 When I saw the frog spread in the first layout, I liked it. Bu the final version is even better. I love the life-sized frog and the new skull-and-bones icon for the Toxic Tidbit sidebar. 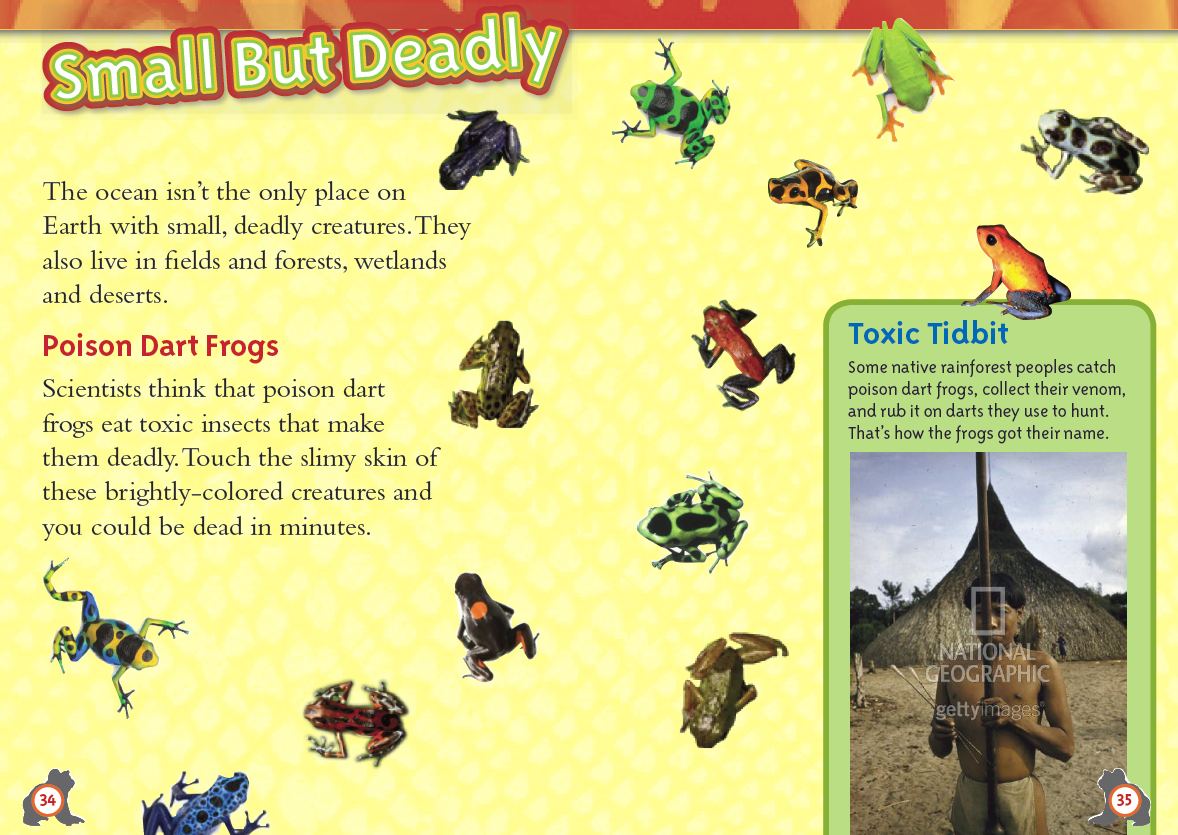 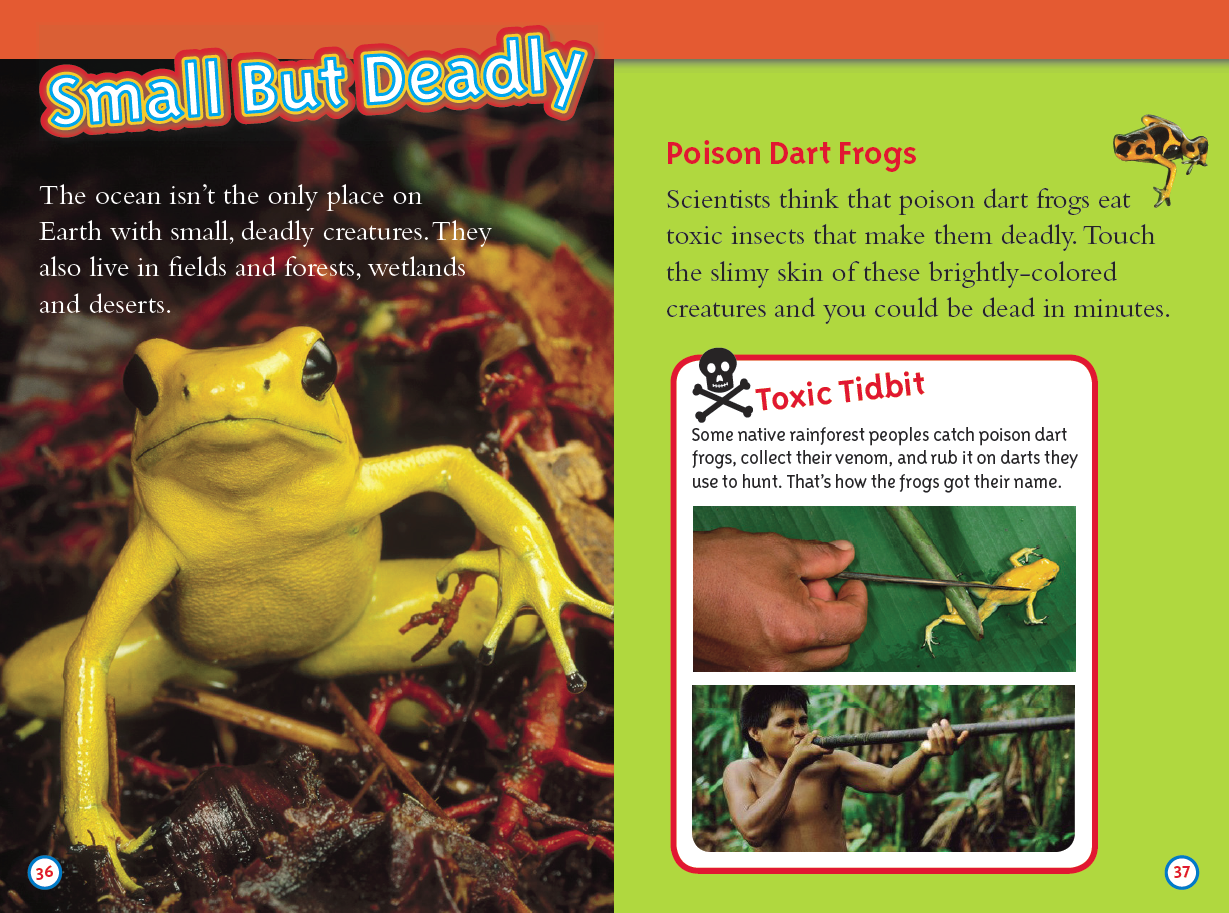 And finally, we have the mosquito spread. The folks at NG decided to go cut the new first paragraph I had written, so there’s plenty of room for that awesome color micrograph. They also replaced the okay photo on the right with an image in which blood is clearly visible inside the insect’s body. I think it’s a much more interesting image. What do you think? 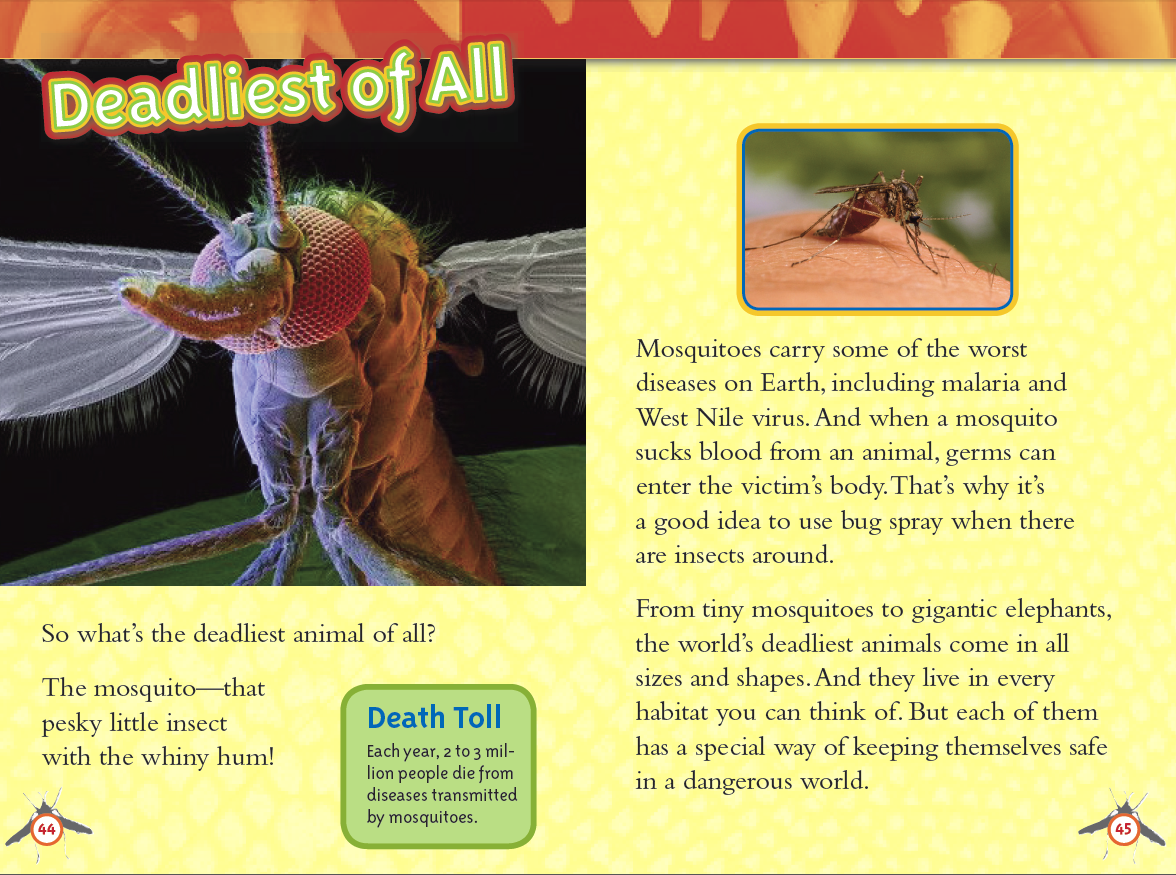 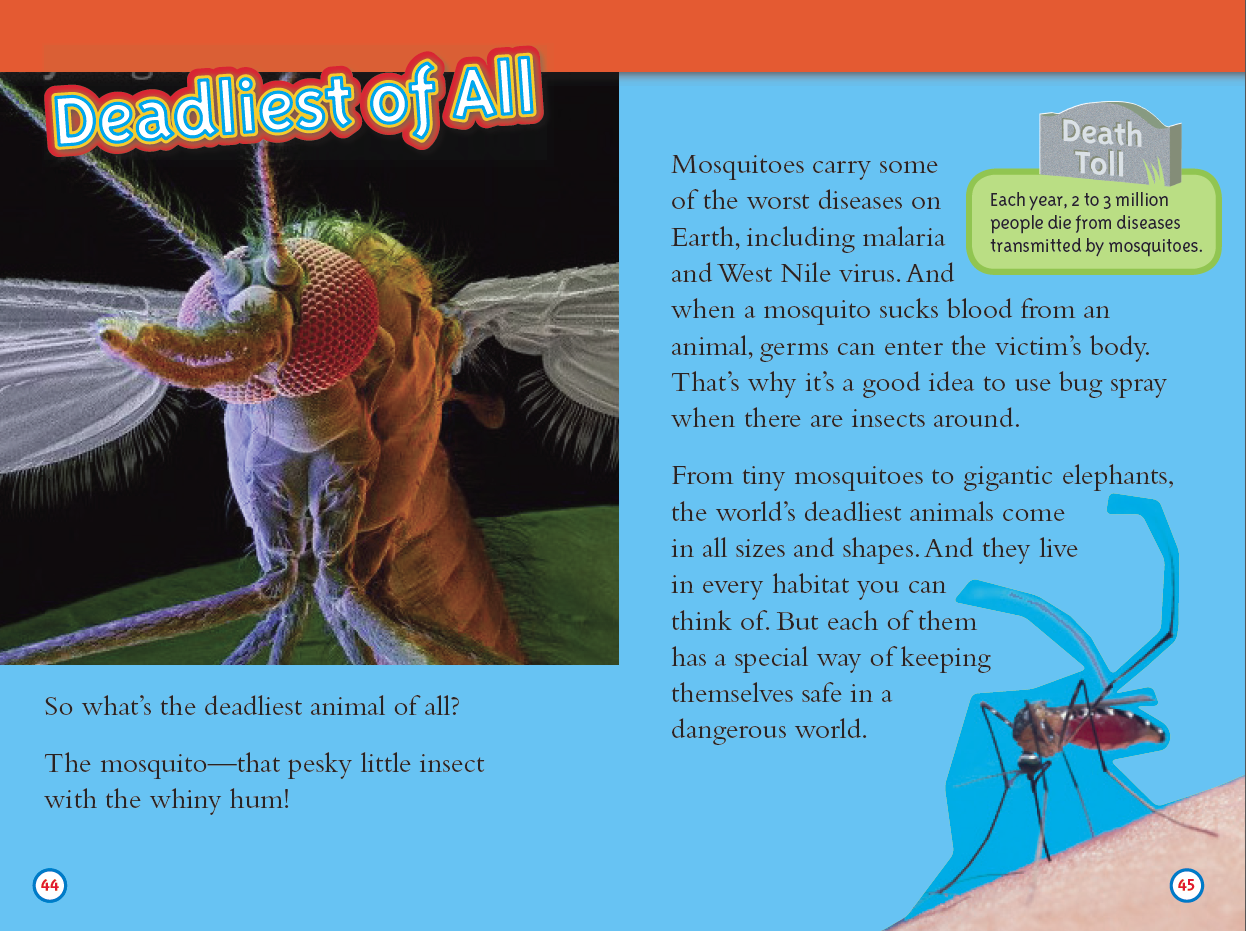 Sometimes a few last minute changes are made after everyone has reviewed the final layout, but in this case, I couldn’t find any differences at all.


The computer file with the layout was sent to the printer, and a few months later, I received copies of the bound book.
Posted by Melissa Stewart at 12:30 AM