Deadliest Animals: Putting It All Together, Part 1

Most of the time, the changes that occur during the editing and design process are supposed to be confidential. But in the interest of providing you and your students with a teaching tool, National Geographic has generously granted me permission to share some examples from Deadliest Animals.


I’ll present a few today and the rest next week. Looking at the changes the design went through is a great way to teach visual literacy.

Here are the first (above) and final (below) versions of the first spread (click to enlarge). 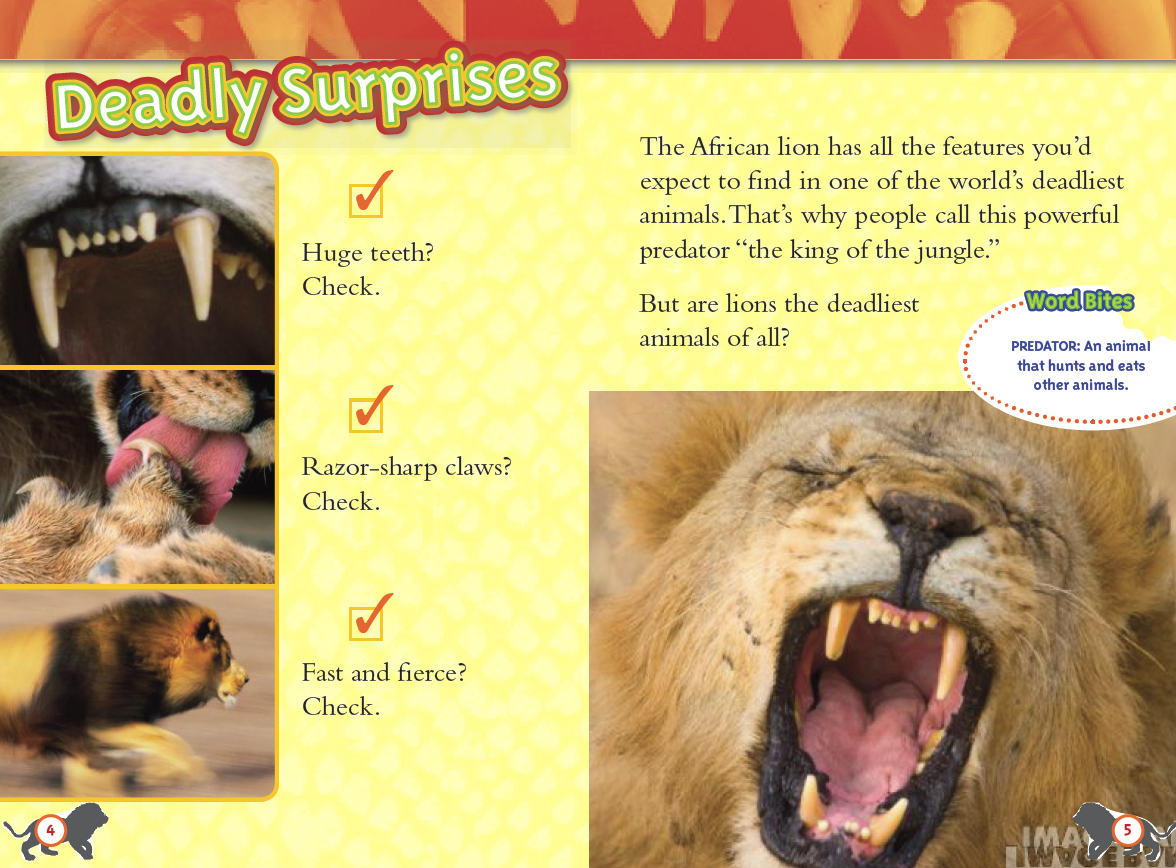 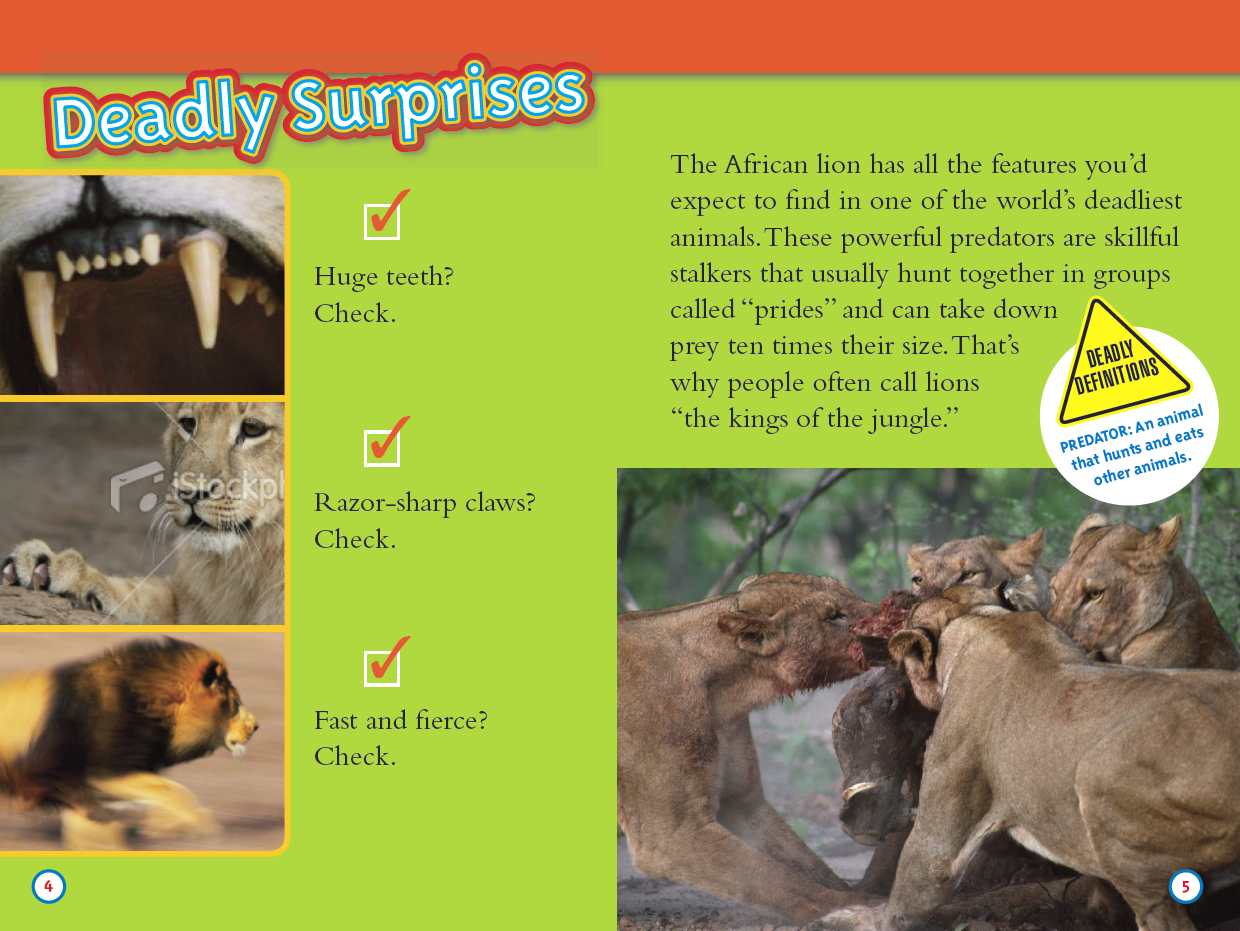 In the first layout, the background on every spread was a warm light yellow. In the final layout, the background colors change from spread to spread and are much more vibrant. The designers decided to remove the lions incorporated into the page numbers, probably because they’re a bit distracting. They also changed the photo on the right. The new image shows lionesses hunting, which is more in line with the topic of the book.
You will also notice that the text on the right page is different. During layout, NG decided to delete this spread from the book because it wasn’t possible to get an exciting photo of a cone snail. 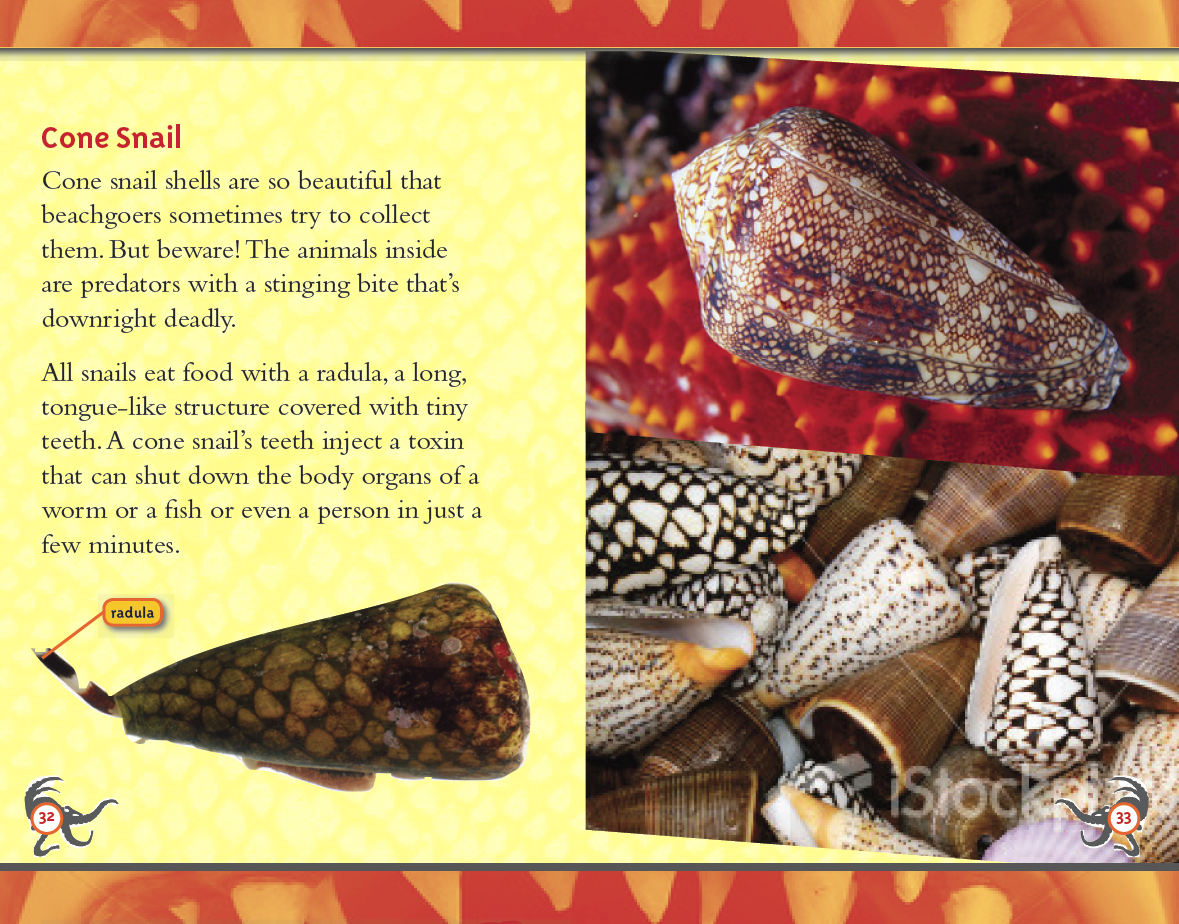 To fill the empty space, they moved the “But are lions deadliest of all?” to the next spread with a very dramatic image. They also moved up the answer to that question, which was originally on the third spread. 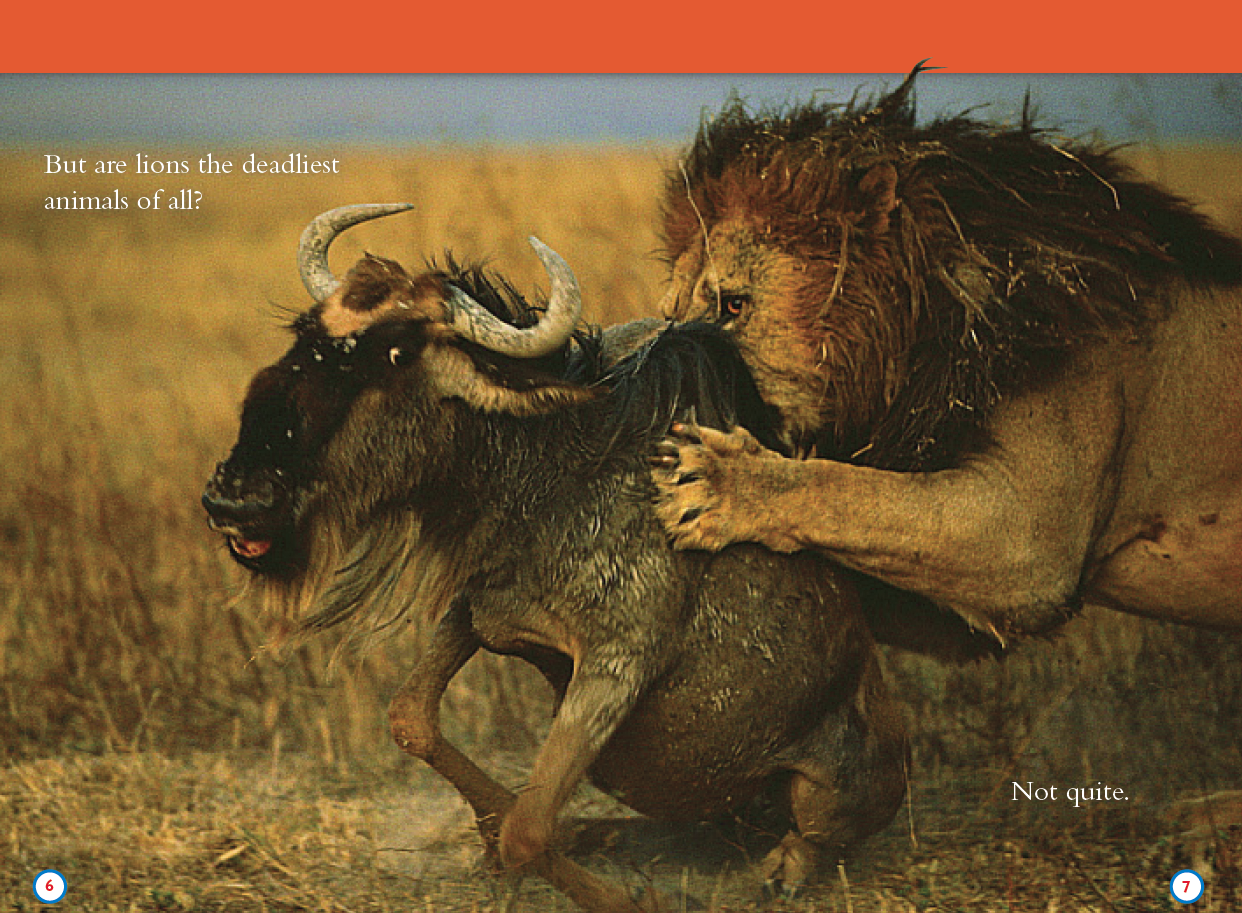 The content of the next spread didn’t change much, but the final layout (below) is much stronger. You’ll also notice that this is where we decided to change the book-specific heading for the glossary terms from “Word Bite” to “Deadly Definition”. 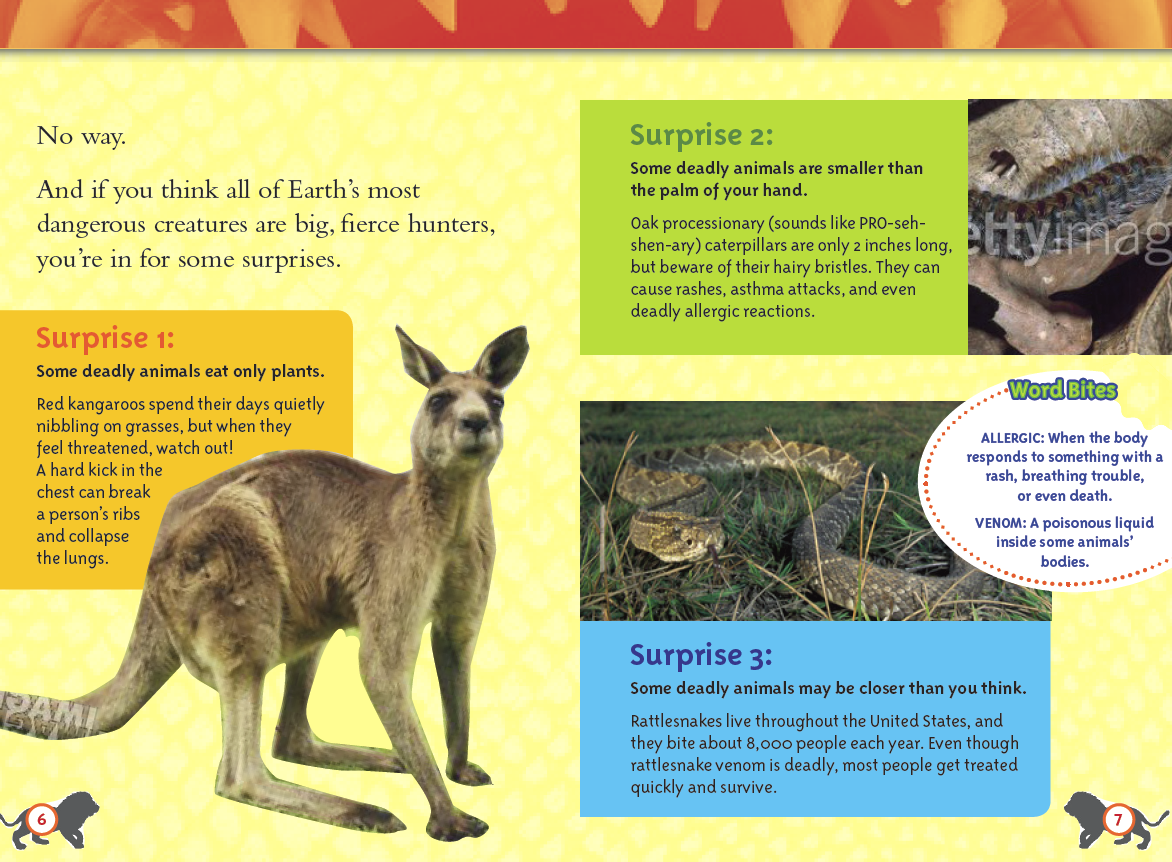 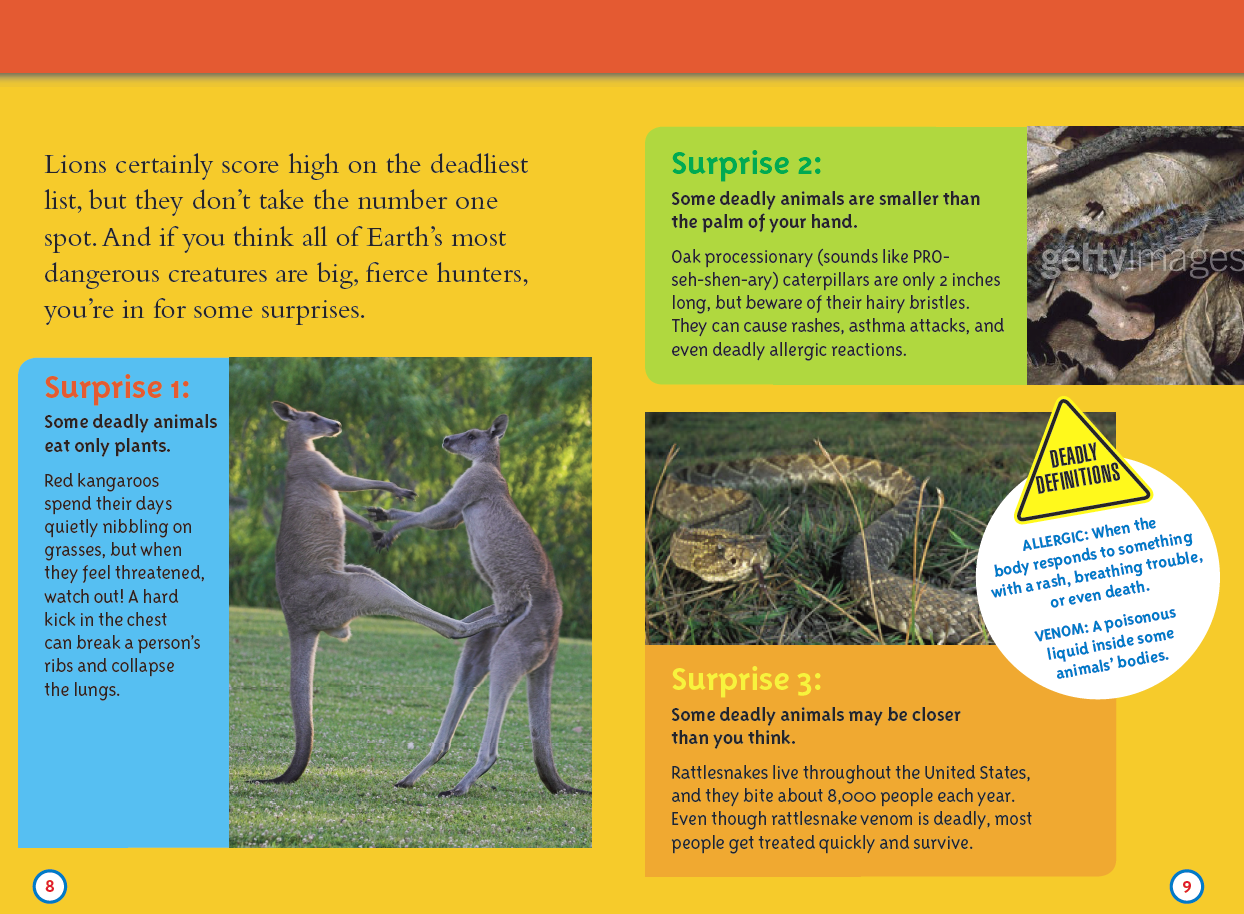